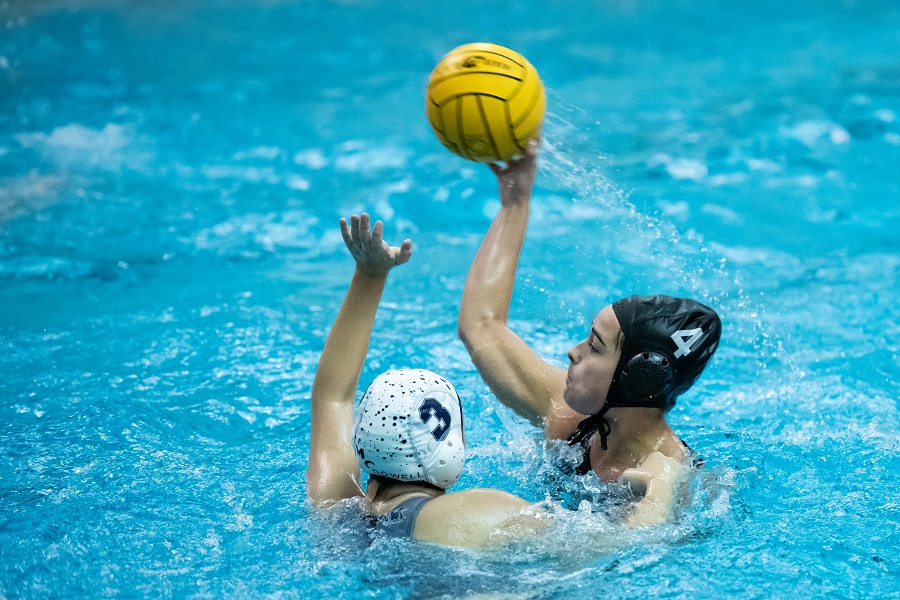 The North Allegheny water polo team continued its hot start to the 2021 season at the Screamin’ Eagle Tournament at Cumberland Valley High School this weekend. The NA Boys and Girls teams each came away with an outstanding 3-1 performance at the tournament.

The NA Boys team opened the tournament on Friday night, and despite a six-goal performance from junior Sean McClellan, the Tigers dropped their first game of the season to North Penn, 14-11. The Tigers bounced back in the night cap on Friday and cruised to a 16-6 win over Hazelton. Sophomore Camden Wright paced the offense with four goals, followed by junior captain Keller Sens with a hat trick. McClellan and junior Ben Gavran tallied two goals each, while sophomore Jonathan Mowry, junior captain Justin Morrison, junior Asher Jones and junior Nico Jacobs-Alarcon all netted one marker each. Jones and McClellan helped facilitate the offense with six and five assists, respectively. Junior goalie Eliot Maravich made 12 saves to earn the victory.

On Saturday, North Allegheny started the day with a hard-fought victory over host Cumberland Valley, 9-6. Tied 2-2 after one quarter, the Tigers outscored the Eagles, 5-2 in the second quarter and held the lead the rest of the way. Sens and Jones each posted a hat trick, Gavran scored a pair of goals and McClellan chipped in with a goal and team-best three assists. Gavran led an air-tight North Allegheny defense with four steals as Maravich needed to make only three saves in the victory.

The final contest for the NA Boys was a breeze as the Tigers rolled to a 17-8 win over Wissahickon. Sens and McClellan led the offensive outburst with five goals each, Jones tallied four markers and Gavran posted a hat trick as well. McClellan added a team-best four assists and four steals, while Maravich made six stops in net to earn the victory.

The Lady Tigers opened the tournament on Friday night with a thrilling 13-12 overtime win over North Penn. In a back-and-forth affair, senior captain Anna Kegel’s fourth goal of the game proved to be the game-winner in the extra session, lifting North Allegheny to the victory. Along with Kegel, senior captain Emma Donnelly and junior Rebecca Melanson each tallied four goals and senior Natalie Marquiss added a goal as well. Sophomore Izzie Trunzo staved off the Eagles offense with eight saves.

Following their exciting win over North Penn, the Lady Tigers had a much easier time with Hazelton, earning a 14-3 blowout victory. Kegel once again paced the offense with six goals, with Donnelly and Melanson adding two goals each. Also touching the scoresheet with goals were Ashley Sturtz, Jamie Palone, Mikayla Tieppo and Kaylee Dean. Trunzo collected 11 saves in net to earn the victory.

North Allegheny began Saturday in similar fashion to Friday’s conclusion, collecting another comfortable victory. The Tigers defeated Wissahickon 12-5 as Kegel torched the Trojans with seven goals and added five steals on defense. Donnelly and Melanson netted two goals each and Marquiss chipped in with a goal. Melanson facilitated NA’s potent offense with six assists and Marquiss led the defense with seven steals.  Trunzo played big in net with nine saves, including five in the second quarter alone.

In NA’s final game, a six-goal performance from Kegel wasn’t enough as the Lady Tigers dropped their first game of the season with a 17-9 loss to host Cumberland Valley.

On the season, the North Allegheny boys’ team sits at 8-1 overall and the Lady Tigers are 9-1 for the campaign. North Allegheny will head east this weekend for the Beast of the East Tournament.