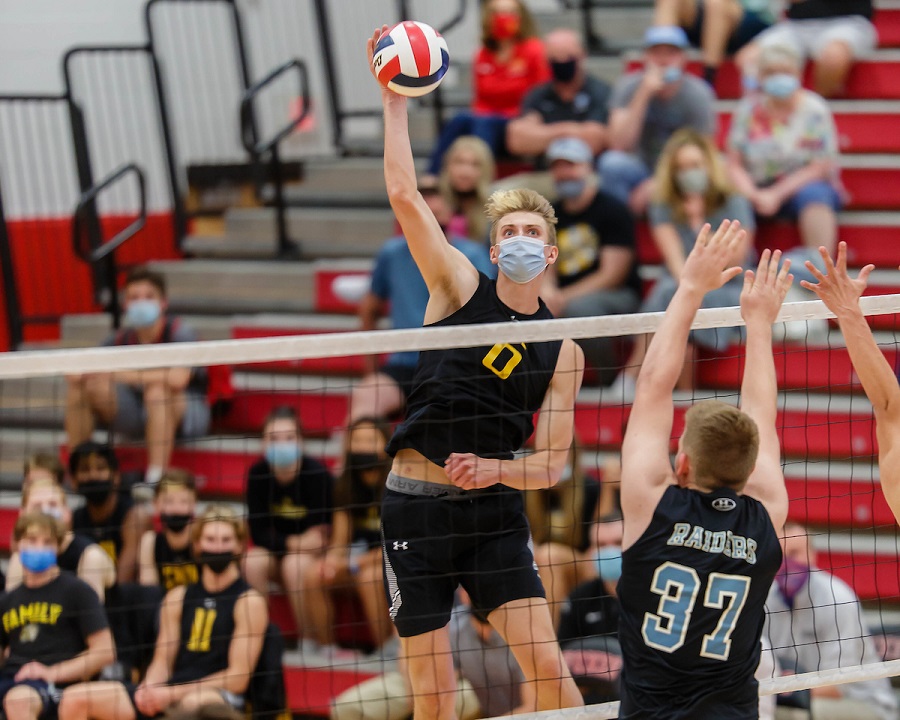 The North Allegheny boys’ volleyball team opened the PIAA Class AAA playoffs on Tuesday night with a 3-0 sweep over Cumberland Valley at Hempfield High School in Greensburg. The Tigers rolled to set wins of 25-18, 25-16 and 25-15.

The two-time reigning PIAA champions cruised to a convincing win against the Eagles. The NA offense was powered by Garrett Hrvoich’s 10 kills, followed by David Sanfillipo with eight kills. Adding a team-leading four blocks, Sanfillipo was named the Wright Automotive Player of the Match.

North Allegheny improves to 16-0 overall with the win and advances to face Northeastern on Saturday in the PIAA quarterfinals. The match will be broadcast live via the internet on the North Allegheny Sports Network.