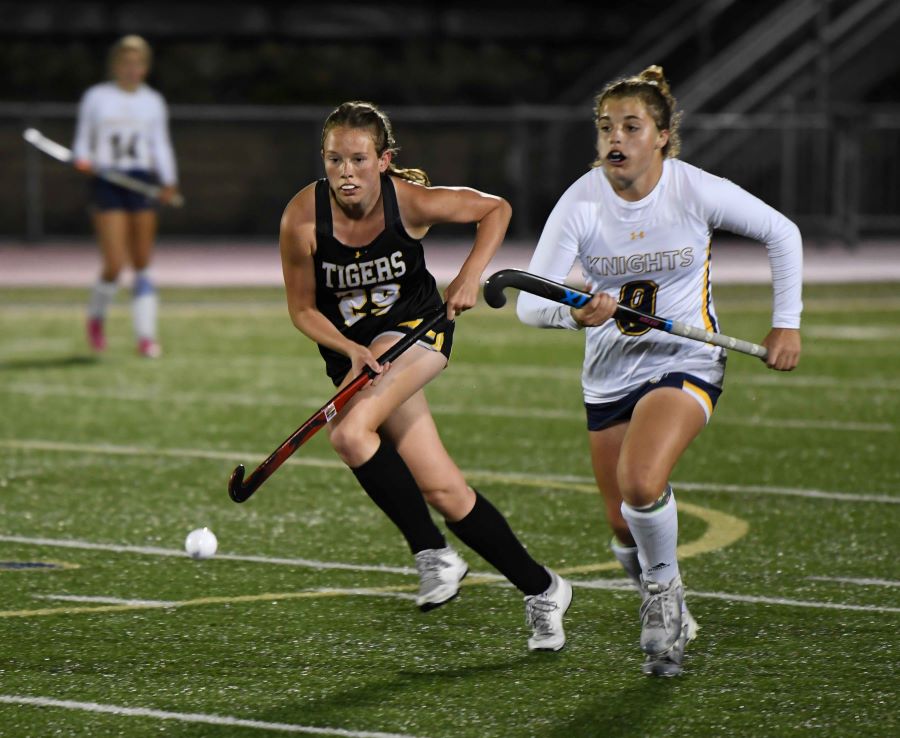 The North Allegheny field hockey team earned its third consecutive shutout with a 5-0 whitewash of the Norwin Knights on Thursday night. The Tigers have blanked five of their last six opponents and extended their unbeaten streak to nine games in a row.

Coming off a hat trick on Tuesday night, sophomore Mia Brinkley opened the scoring with 1:49 in the first quarter to grab an early 1-0 lead. The Tigers tacked on two more goals in the second quarter courtesy of senior Lauren Kampi and junior Isla Abrams to stretch the lead to 3-0 by halftime.

In the second half, senior Mila Prusak tallied a goal a third period goal, assisted by Kampi, for a 4-0 lead. With 5:45 remaining in the fourth quarter, Prusak returned the favor by assisting on Kampi’s second goal of the night to close out a 5-0 victory.

North Allegheny outshot Norwin, 21-1, and led in penalty corners, 17-3. Goalies Jordan Ashbaugh and Kayla Joyce were virtually untested by the Knights but combined for the shutout, NA’s sixth of the year.

With the win, North Allegheny leaps to 8-1-1 overall and 5-0 in Section 1-AAA action. The Tigers will host Pine-Richland on Tuesday night in a showdown for first place in the section. The game will be broadcast live by the North Allegheny Sports Network.