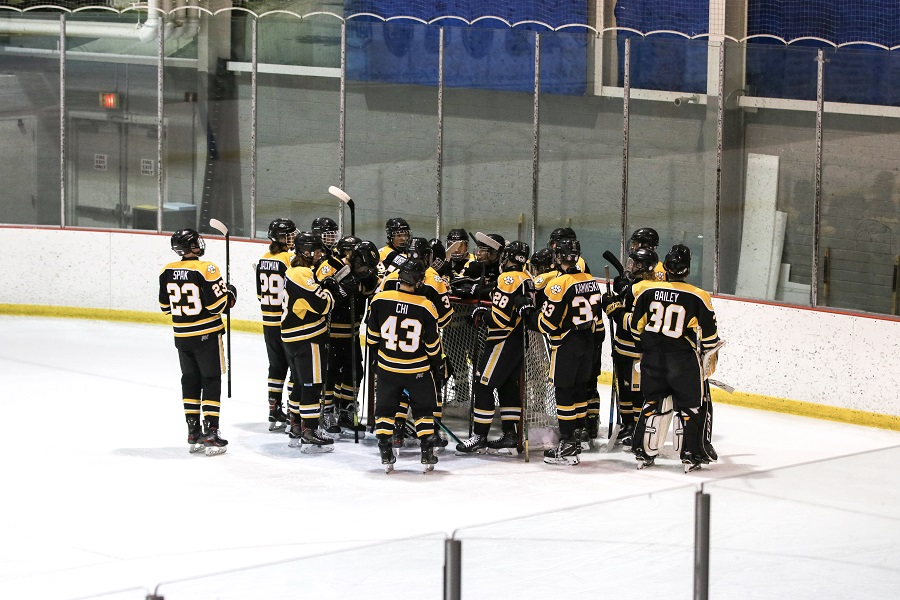 Playing in their second road game in three days, the North Allegheny Tigers suffered a second consecutive narrow defeat with a 2-1 loss at Peters Township on Thursday night.

The first period was a defensive stalemate with only six shots on net between the two teams combined. Peters Township broke the ice in the second period, netting the game’s first goal on a marker by Maxwell Kness for a 1-0 lead.

The score remained 1-0, Indians, until the Tigers cracked the scoreboard in the early stages of the third period. At the 5:19 mark of the third, Luke Washabaugh scored his seventh goal of the season to knot the score at 1-1. Connor Chi assisted on the Washabaugh marker.

Unfortunately for North Allegheny, the deadlock didn’t last long as just over a minute later Dylan McElhinney scored what proved to be the game-winning goal, lifting Peters Township to a 2-1 win. The Indians defense clamped down on the Tigers in the third period, allowing only four shots on net.

Peters Township goalie Aaron Symons picked up the victory with 12 saves. North Allegheny’s Josh Bailey made 21 saves to keep the Tigers in the contest.

North Allegheny dips to 8-2-1 on the season and falls to third place in the Class AAA standings. Peters Township improves to 7-1-0 and sits in a tie for fourth place with Seneca Valley.