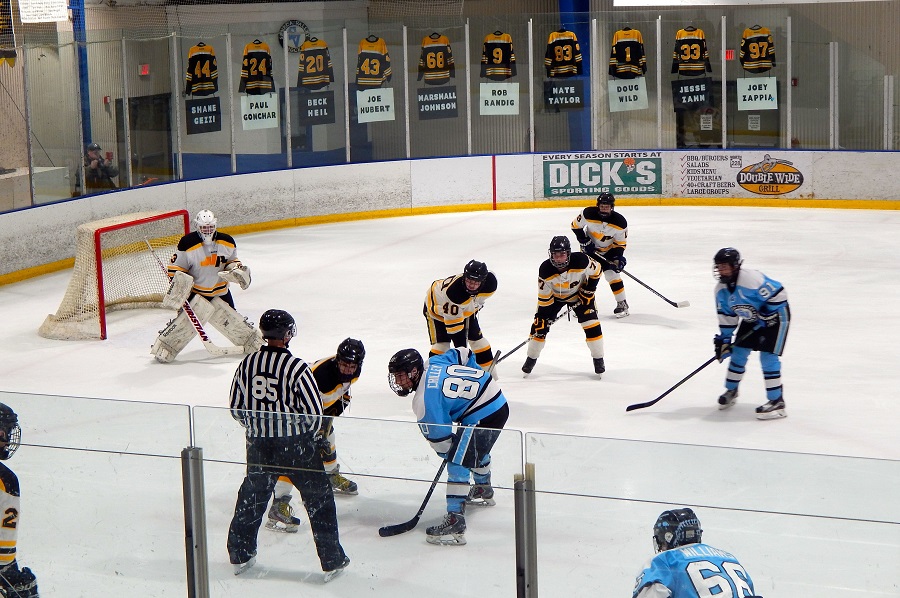 Senior John Parks netted the game-winning goal in overtime to lift the North Allegheny Tigers to a 3-2 win over the Seneca Valley Raiders on Thursday night. In a tightly-played defensive battle, NA goalie Richard Karapandi stopped 21 of 23 shots to earn the win. Seneca Valley goalie Dylan Sloat faced 18 shots but stopped only 15.

Considering the minimal shots on net, the first period was an offensive showcase as the two teams combined for three goals. North Allegheny’s Steven Dietz opened the scoring with a goal at the 4:10 mark of the period, but the lead was short-lived as Seneca Valley tied the score at 1-1 just over a minute later on a marker by Giovanni Sarachine. Dietz scored again for the Tigers with 4:59 remaining in the period to give NA a 2-1 lead.

Seneca Valley responded early in the second period with a goal by Matt Blazewick to even the score again at 2-2. With 31 minutes of regulation still remaining, neither team could muster enough offense to prevent overtime. In the overtime period, Tyler Lamark sent a pass to Parks who placed a shot past Sloat two minutes into overtime to lift NA to the victory.