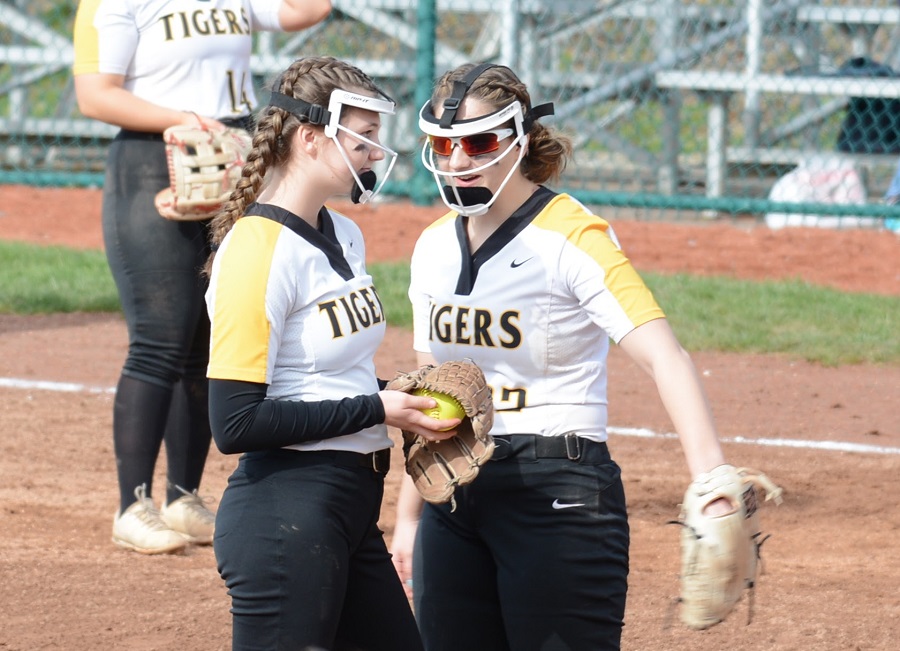 Seneca Valley’s Lexie Hames was the winning pitcher and helped her own cause with a pair of home runs and four RBI’s. Hames and Mia Ryan hit back-to-back home runs in the first inning to help the Raiders take a 4-0 lead. SV maintained the pressure, scoring three more in the third inning, eventually earning 12 total runs throughout the game.

The Tigers’ offense attempted to answer back, tallying five hits on the day.  Junior Meghan McDonough went 3-for-4, scoring one of the Tigers’ two runs in the fourth inning.  In the fifth, freshman McKenna Rowlands hit a triple to the right field fence.  Rowlands then scored on a passed ball, earning the Tigers’ second run of the game, at the time cutting the score to 9-2. Seneca Valley score three more runs in the bottom of the fifth to bring the score to its eventual final, 12-2.

Sophomore Anne Melle started for the Tigers in the circle, pitching one complete inning.  Freshman Sammy Plotsko took over in the second inning, striking out two.