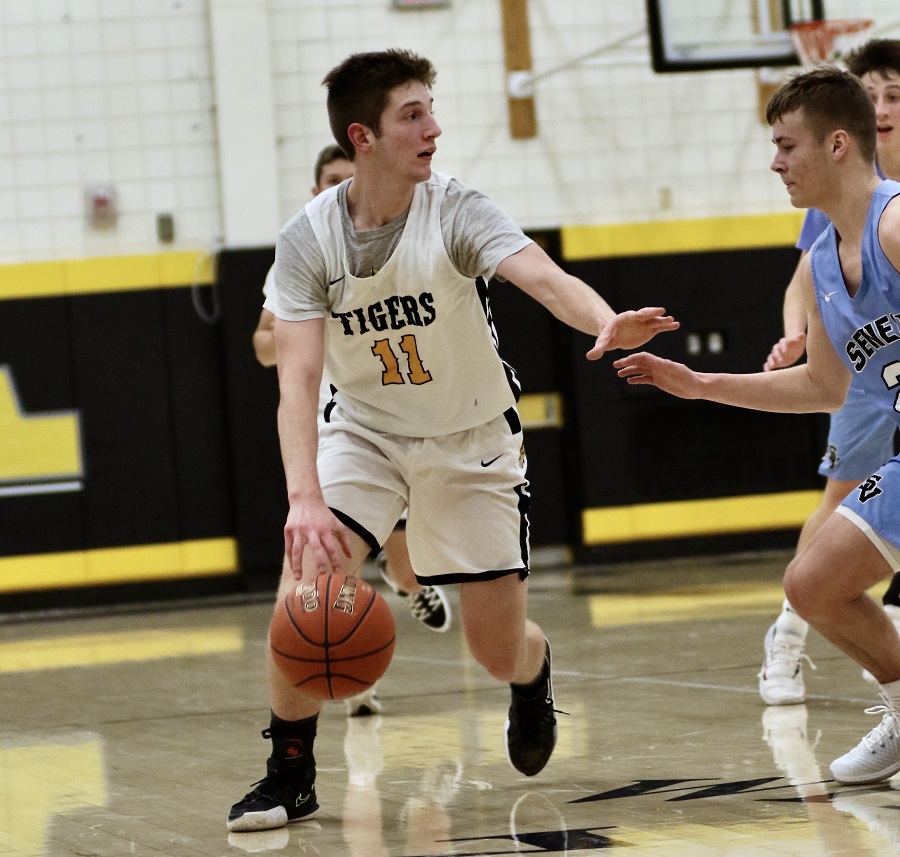 It was another close game between the Tigers and Golden Tornado with this one going to Butler, 78-75 in a Section1-6A matchup at North Allegheny High School on Monday night.

Both teams shot it well from the field with NA shooting 58-percent and Butler shooting 60-percent from the field. The Golden Tornado had the early advantage of 18-16 after a quarter of play thanks to an efficient start. It was more of the same in the second quarter, as Devin Carney and Mattix Clement paced the Golden Tornado while Ethan Lake kept North Allegheny in the game by scoring 11 points in the first half. The Tigers would trail though 43-36 heading into the locker room.

The Tigers halftime adjustments worked as they scored 30 points in the third quarter, Matt McDonough scoring 15 of them. Devin Carney’s 12 points kept Butler within reach but the Tigers had the lead 66-65 heading into the final frame. In the fourth quarter Butler slowed the pace down, limiting possessions for North Allegheny. The Tigers would only score nine points in the quarter. With six seconds left, the Tigers had a chance to tie the game but a 3-pointer fell short and Butler escaped with a 78-75 victory.

McDonough was named the Wright Automotive Player of the Game for the second straight night finishing with 21 points. Lake and Jack Christy each finished with 12 points. Greg Habib had 11 points, all coming in the second half and Khalil Dinkins finished with a double-double with 10 points and 10 rebounds.