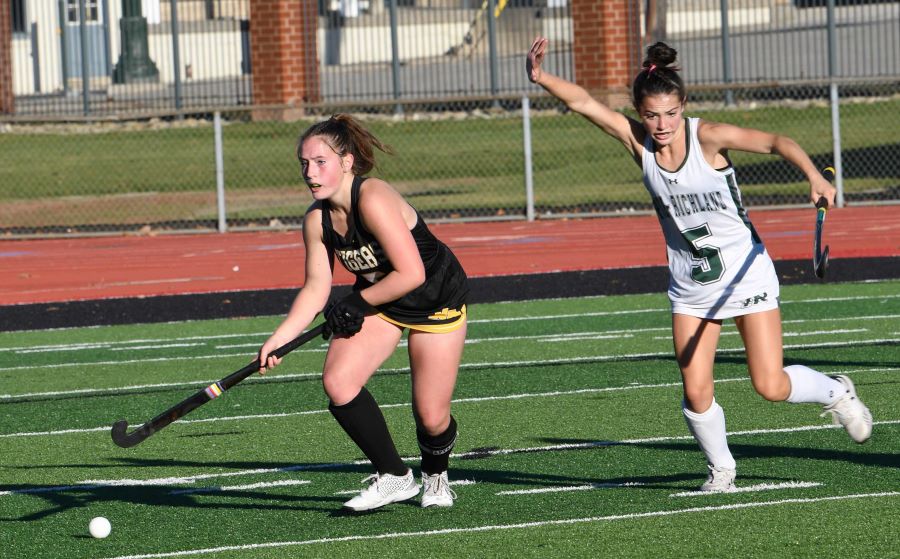 For the second consecutive season, North Allegheny and Pine-Richland dueled at Washington & Jefferson College’s Cameron Stadium in the WPIAL Class AAA championship game. Despite a valiant effort by the Tigers, the Rams won their fourth consecutive WPIAL crown with a 3-0 victory. It’s the fifth WPIAL championship for the Rams in six seasons.

In the early going, it was Pine-Richland who jumped out to the early lead on a goal by senior Emma Westerhoff just five minutes into the game for a 1-0 lead. North Allegheny fought back and nearly tied the game when senior Mila Prusak, an Indiana University of Pennsylvania commit, hit the post with three minutes left in the first half. The Rams survived the near-miss by the Tigers and maintained their one-goal lead at intermission.

Injured late in the first half, the Tigers had to press on without the services of one of their best two-way players, Millersville University commit, Lauren Kampi. Pine-Richland was able to capitalize and scored 27 seconds into the second half on a goal by junior Jessica Albertson for a 2-0 lead. Holding an 11-1 advantage in penalty corners on the afternoon, the Rams scored cashed in on a penalty corner with 6:16 left in the fourth period when Georgia Rottinghaus scored to bring the score to its eventual final, 3-0.

The season ends for North Allegheny with a 13-5-1 record, while Pine-Richland improves 19-0-1 and advances to the PIAA playoffs. Congratulations to head coach Michelle Couch, assistants Michelle Murray and Lexie McDowell, and the entire North Allegheny field hockey team for another memorable season.