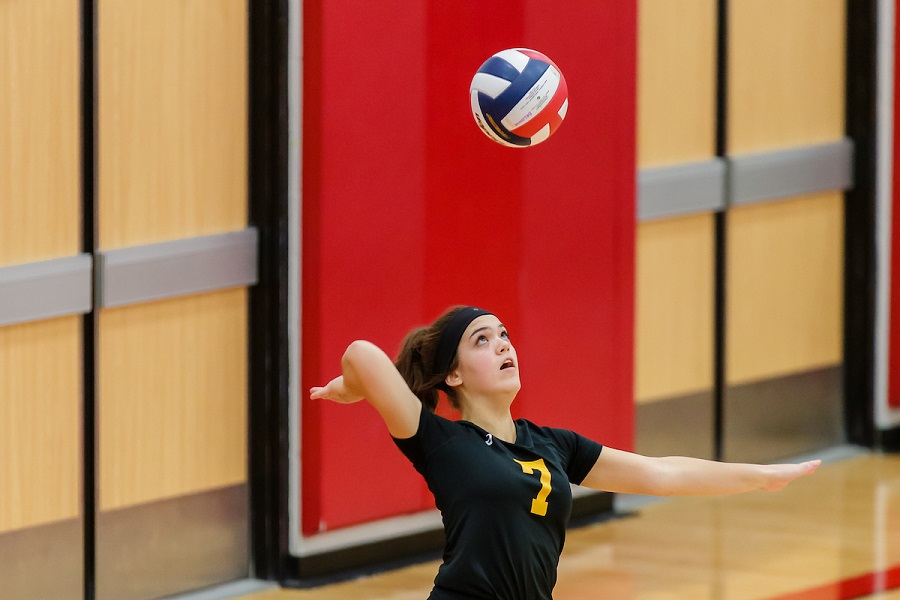 NA Fends Off Shaler For 3-0 Win In Opener

The two-time reigning WPIAL and PIAA champions in Class AAAA opened the 2019 season with a hard-fought 3-0 victory over the Shaler Titans on Tuesday night. North Allegheny earned the victory against the No. 3-ranked Titans by set scores of 25-21, 25-15 and 26-24. It’s the 48th consecutive win for the Lady Tigers.

Tied 5-5 in the first set, top-ranked North Allegheny used an 8-0 run to seemingly take command of the opening stanza. Senior Madison Curran provided a pair of kills and an ace to help NA construct a 16-6 lead. However, the Titans fought back and chipped away at the Tigers lead thanks to the big swings of Mia Schubert. Shaler came within two points of North Allegheny at 20-18 before the Tigers pulled away for a 25-21 win. Junior Paige Morningstar provided the set-ending point and totaled three kills in the first set. Morningstar concluded the night with seven kills and 36 assists.

In set two, Shaler held an 8-7 lead in the early going before NA gained control for a 25-15 victory. Senior Hannah Phillips led way with five kills and Curran continued her strong play with three more kills. Phillips finished with a team-best 10 kills on the evening.

Shaler had North Allegheny on the ropes in the third set and built a 16-10 lead. North Allegheny rallied back with several different contributors chipping in, including Rachel Burton and Mia Tuman, who notched two kills each. The Tigers came all the way back to grab a 20-19 advantage but the Titans responded with a late spurt for a 24-23 lead. Senior Abby Miller, the 2018 Gatorade Pennsylvania Player of the Year, came through in the clutch with two kills and an ace to provide the Tigers with the winning margin, 26-24.

On a night with several different contributors, it was senior libero Malia Duffy who earned Wright Automotive Player of the Game honors. In her first night at the libero spot in varsity play, Duffy made a team-leading 10 digs, several of the spectacular variety.

Following the season-opening win, North Allegheny will return to Section 1-AAAA play with a visit to North Hills on Thursday night. Start time is slated for 7:00 p.m.