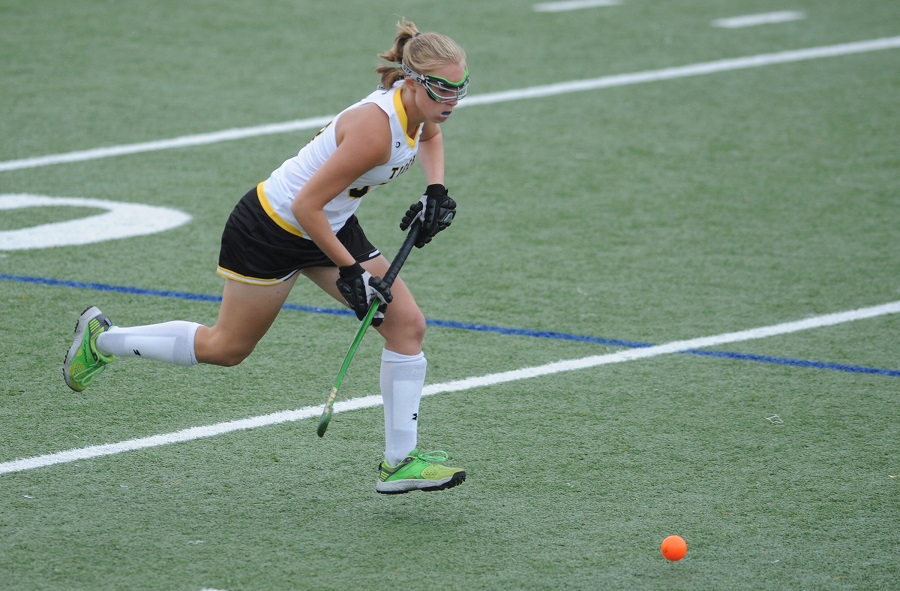 North Allegheny hosted the Blue Devils from Mt. Lebanon on Saturday and won in a low-scoring battle, 1-0. The Tigers pressured Mt. Lebanon throughout most of the first half and had several scoring opportunities, including seven penalty corners, but were unable to put points on the board.  Junior midfielder Bridget Russell and junior midfielder Laura Schwendeman controlled the field and kept the ball in the opponents end during much of a scoreless first half.

NA continued the pressure in the second half with efforts from senior midfielder Gracie Limauro and big crossing passes from junior midfielder Angela Genter. The Tigers scored later in the half when Russell connected a pass to junior forward Kayley Cooper, who buried it for the 1-0 victory.

North Allegheny sits at 1-0 overall with the season-opening win in non-section play. The Tigers travels to Penn Trafford next Wednesday to challenge the Warriors in the first section contest of the season. The game will be video streamed live via pay-per-view by the North Allegheny Sports Network. The cost is just $5.00 and the game can be viewed by clicking here.