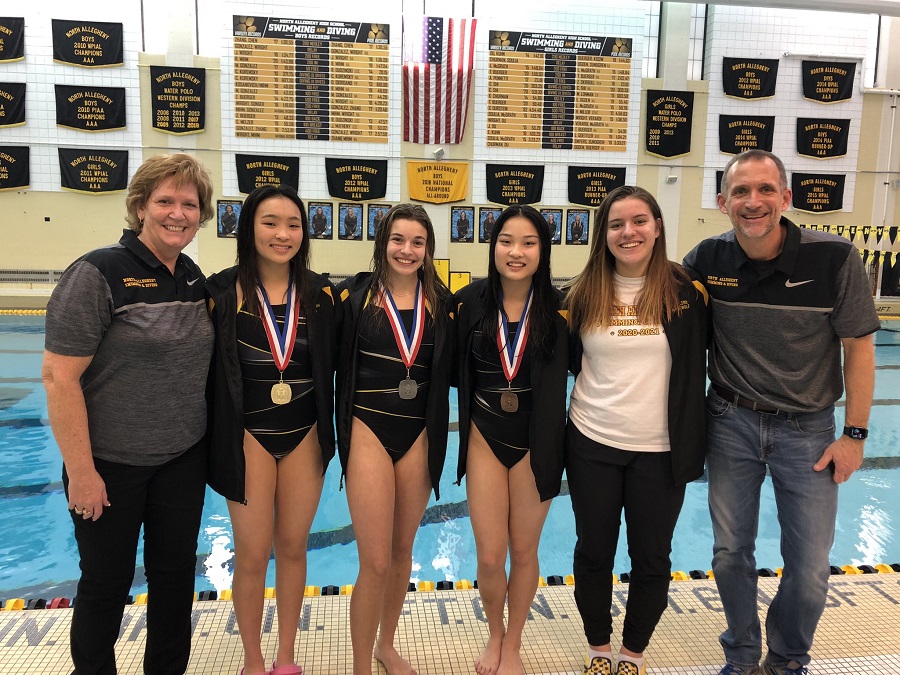 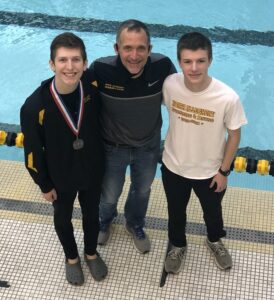 In 2020, Shi, Ennis and Ky made history as the first divers from the same school to finish in first, second and third place at the WPIAL championships. A year later, the trio did it again. In the process, Shi broke her own varsity record with a score of 532.65. Ennis posted a score of 495.6 and Ky had a score of 466. Sophomore Maddie Whitewolf made her first appearance at the WPIAL championship event and finished with a 13th-place showing.

For the North Allegheny boys’ diving team, senior Will Schenk won WPIAL silver with a score of 449.45. Senior Lucas Rodgers also participated in the event and earned a ninth-place finish.

The Tigers will look to add on to their consecutive streak of WPIAL Swimming & Diving titles for both the girls and boys on Saturday, March 6 at the WPIAL Class AAA championships.