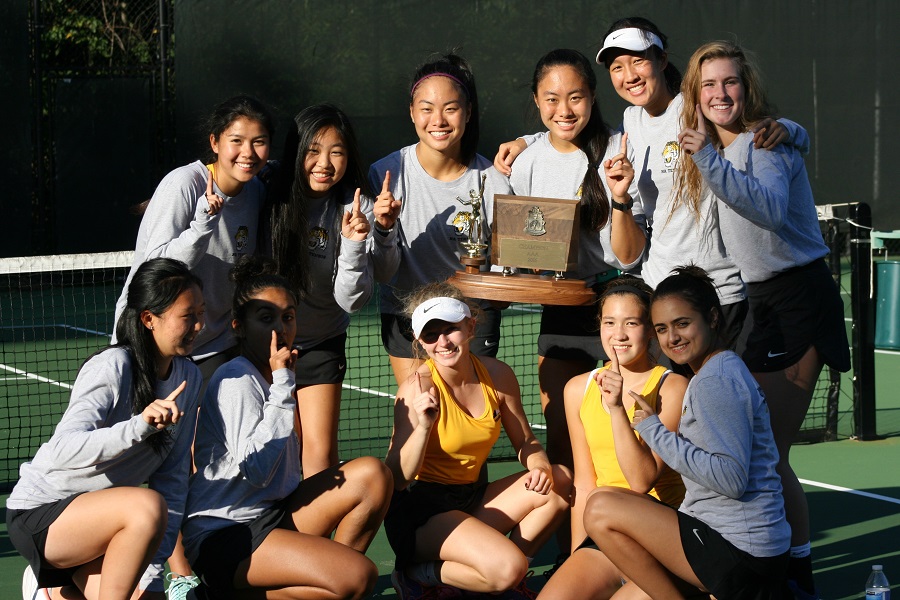 In a hard-fought title tilt, the North Allegheny girls’ tennis team captured a fourth straight WPIAL championship with a 3-2 win over the Mt. Lebanon Blue Devils on Wednesday. With the match tied 2-2, the deciding point came down to the No. 3 singles duel between NA’s Ashley Huang and Mt. Lebanon’s Golda Gershanock. The Tigers sophomore claimed a 6-2, 6-4, win and lifted North Allegheny to an exciting championship victory.

Mt. Lebanon swept the doubles matchups with wins by Katherine Ozzie and Lauren Corey at No. 1 doubles, and Casey Gannon and Brooke Warsaw in No. 2 doubles. The Tigers ruled in singles play which proved to be the difference in the match. Along with Huang’s victory, Harvard recruit Anna Li defeated Skyler Morgan 6-3, 6-4. Tina Li, a Navy recruit, beat Morgan Happe by a 6-1, 6-0, decision.

With the WPIAL title win, North Allegheny leaps to 20-0 overall and will try to win a fourth straight state crown when the PIAA tournament begins on October 25. In the meantime, the impressive NA singles players will compete at the WPIAL Section Singles tournament on Monday.