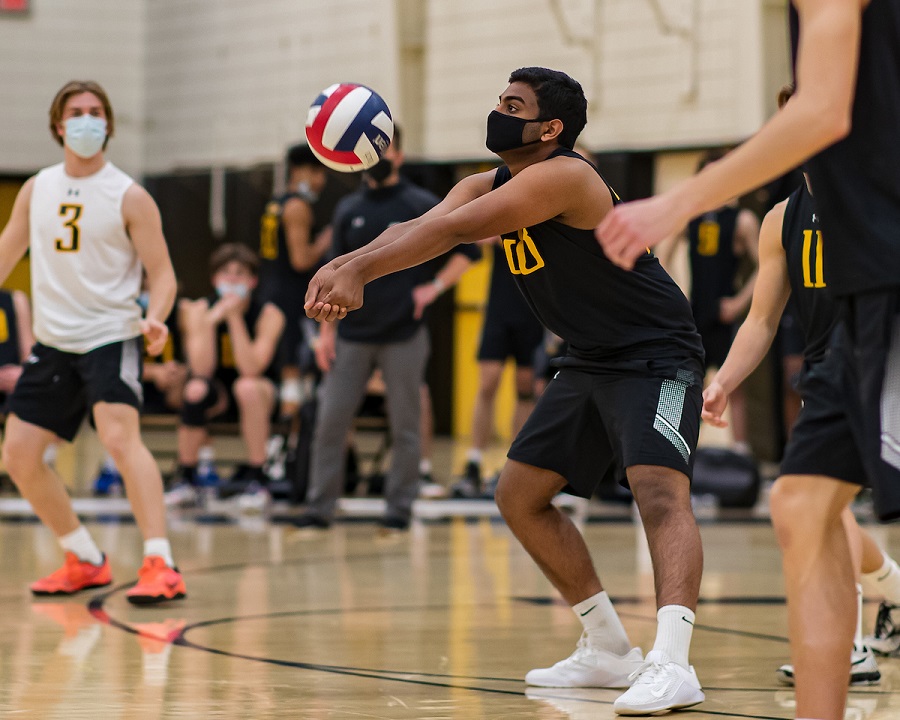 The North Allegheny boys’ volleyball team won its 53rd in a row, while also dealing North Hills its 20th consecutive defeat with a 3-0 sweep of the Indians on Thursday night. The Tigers won by set scores of 25-13, 25-17 and 25-15.

The Tigers set the tone early in set one thanks in part to the play of seniors David Sanfillipo and Gavin Owens. Sanfillipo, the team’s leader in blocks, stuffed the Indians several times, while Owens delivered three kills in the opening set for a 25-13 win. For his consistent play in the middle and posting four kills, Sanfillipo was named the Wright Automotive Player of the Match.

North Hills was far more competitive in set two and was deadlocked at 16-16 with NA.  Senior Nate Belack and sophomore Joseph Frisco tallied three kills each to keep the Indians with in striking distance. However, NA senior Garrett Hrvoich helped the Tigers reassert themselves with three kills down the stretch to spark a critical 7-0 run. An ace by Ryan Treser capped the set and a 25-17 victory. Hrvoich finished with a team-high nine kills, and junior Cole Dorn came alive in set two with some timely big swings and tallied eight kills on the night.

In set three, North Allegheny was squarely in control and rolled to a 25-15 win. Along with Hrvoich and Dorn, Owens and Michael Mosbacher contributed to the offensive charge with seven kills each. Senior Madhu Vuyyuru posted a team-high two aces and added eight digs on defense. Senior Luke Constantakis paced the defense with 11 digs and junior setter Caleb Schall dished out 27 assists and junior Jake Koch facilitated 13 more.

Following the victory, North Allegheny improves to 7-0 overall and in Section 2-AAA. North Hills remains winless at 0-7 in the section. The Tigers will visit Shaler on Tuesday at 7:00 p.m.