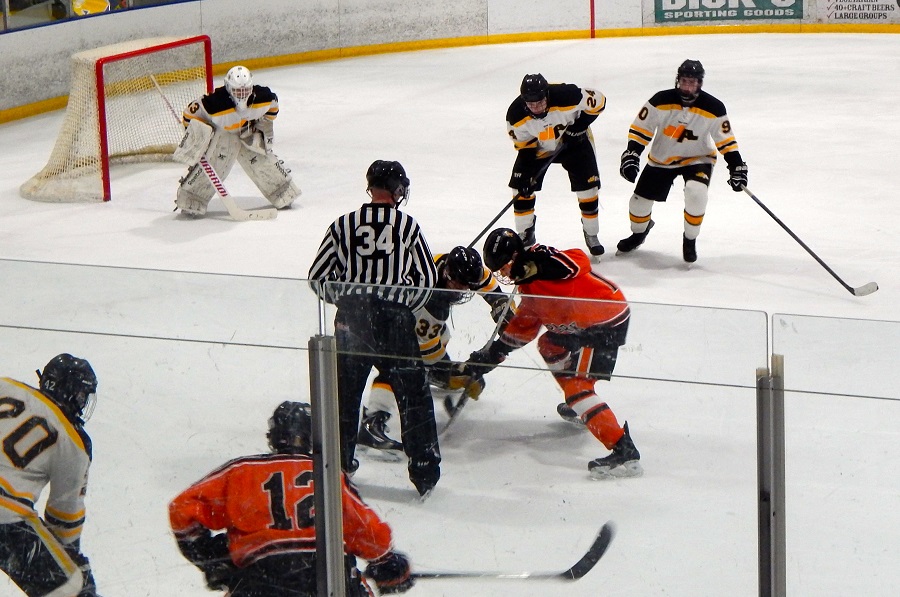 The surging North Allegheny ice hockey team racked up another victory on Thursday night with a 5-3 road triumph over the Bethel Park Black Hawks. Erik Chidester had a four-point night, two goals and two assists, to help the Tigers to their ninth consecutive victory.

Having already locked up playoff berth, Bethel Park was hoping to improves its seeding with a win over North Allegheny and took a 1-0 lead at the 12:46 mark of the first period on a goal by Evan Oakley. The lead was short-lived as the Tigers Joseph Zappia tied the score at 1-1 less than two minutes later.

In the second period, the Tigers built a 3-1 lead on markers by Chidester and Dawson Richard. North Allegheny maintained a two-goal lead until Bethel Park’s Tyler Kruszewski scored with 6:58 remaining in the third period. North Allegheny regained the momently briefly on a goal by Zappia with 2:26 to go to take a 4-2 lead. Again, the Black Hawks trimmed their deficit to one at 4-3 when Antonio Esposito scored at the 15:33 mark of the third. Finally, Chidester put the pesky Black Hawks away with an unassisted goal with 27 seconds to play to bring the game to its final, 5-3, North Allegheny.

Senior Doug Wild earned the win in net for the Tigers and made 23 saves. Bethel Park’s Nicholas Guimond blocked 21 shots but suffered the loss.

North Allegheny remains at the top of the Class AAA standings with a 13-4-1 record, three points ahead of Central Catholic and Peters Township in the standings. One more win by the Tigers in the final two games will lock up the top seed for NA. North Allegheny hosts Central Catholic on Thursday night in a stern test before the post-season. Faceoff is set for 8:00 pm.