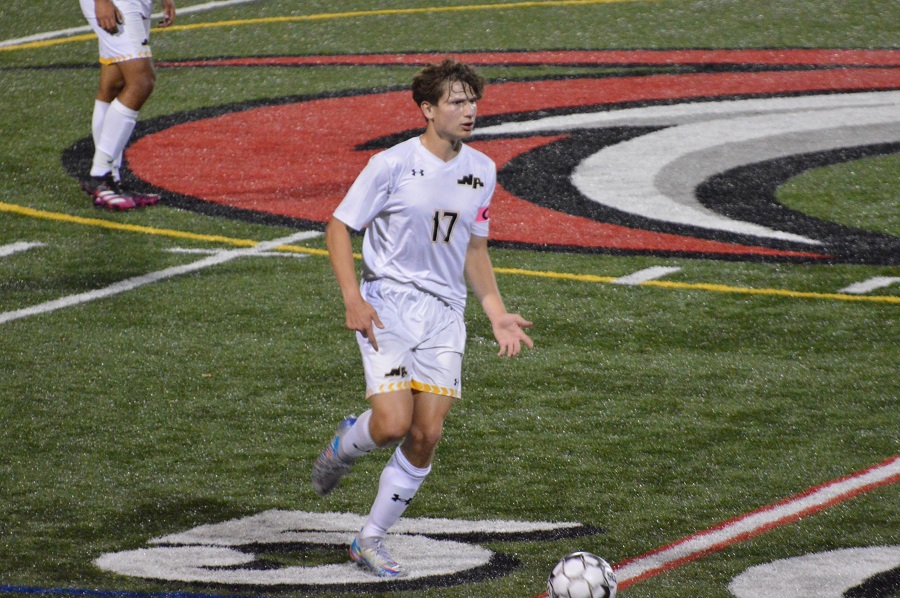 The North Allegheny boys’ soccer team earned an important road win at fourth-ranked Fox Chapel on Monday night, 3-2, in Section 1-AAAA action. The Tigers have won four of their last five games, including two against ranked or formerly ranked opponents.

Looking to atone for an earlier loss to Fox Chapel, the North Allegheny defense of Tyler Vargo, Aidan Dyga, Yousef Bajwa and Tor Skogsholm flummoxed the Foxes in a scoreless first half.

Fox Chapel’s offense broke through for the first goal of the game early in the second half for a 1-0 lead. However, North Allegheny answered back 4:40 into the second half when consecutive passes from Kevin Luo to Alok Shah to Matt Mihm led to the equalizer. Mihm tickled the back of the net to even the score at 1-1.

Soon after the Mihm goal, Vargo crossed a pass to Gabriel Gotz for a successful header and a 2-1 lead. The Tigers added another goal on an Evan Anderson marker for a 3-1 advantage. Fox Chapel added one last marker to bring the final score to 3-2, Tigers.

North Allegheny improves to 6-3 overall and 4-3 in Section 1-AAAA, climbing into third place in the section standings. Fox Chapel slips to 8-2 overall and 5-2 in section play. The Tigers will host Pine-Richland on Wednesday night at 7:30 p.m. The contest will be broadcast live via the internet on the North Allegheny Sports Network.