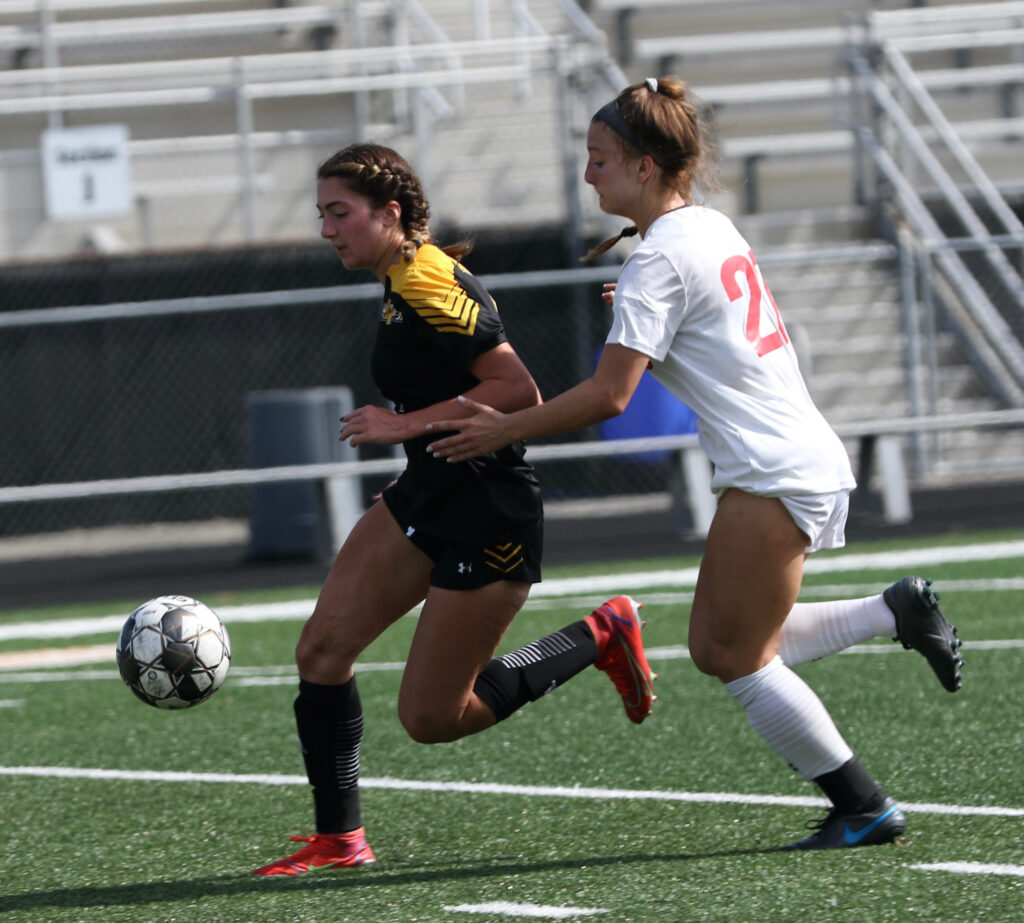 Usually, an exhibition match to begin the season doesn’t generate much excitement. But when the competitors have faced each other in the PIAA playoffs the last two years, the stakes seemed a little higher. North Allegheny, who defeated Cumberland Valley 1-0 in the state semifinal last year, opened its 2021 slate with a 2-0 shutout of the Eagles at Newman Stadium. Today’s match also marked the beginning of the WPIAL title defense for the Tigers, who captured their second consecutive 4A championship in 2020.

The first half was scoreless, but junior forward Lucia Wells was front and center the focal point of the Tigers offense. Subsequently, Wells had the best opportunity to score in the 24thminute, but her right footed drive from 15-yards out went just over the crossbar and the game remained scoreless.

Wells had a great opportunity in the 43rd minute, but she was stuffed by an aggressive save by CV goalkeeper Xandy Oswald. The Tigers, who played great defensively not allowing the Eagles many opportunities to set up an attack, finally broke the ice in the 50th minute.

Midfielder Sophia Palermo, who scored once during last season, equaled that tally when she found the ball and an open lane towards Oswald. The junior fired a right footed volley that glanced of the keepers’ hand and nestled inside the near post to give the Tigers a 1-0 lead.

It was Wells turn to find the scoresheet with an insurance marker in the 78th minute. As the play developed from the near sideline, Wells found the ball on her right foot at the top of the box. She pulled it right and then fired a shot inside the far post to put North Allegheny up 2-0.

The Tigers possession game and defense was on point in the win, so much so that senior goalkeeper Megan Miller had to unofficially make only one save to earn the shutout.

Palermo, who scored the ice breaker and game winning goal, was awarded the initial Wright Automotive Player of the Game of the season.

North Allegheny next plays host to Penn-Trafford in a non-section match on Wednesday night at Newman Stadium.