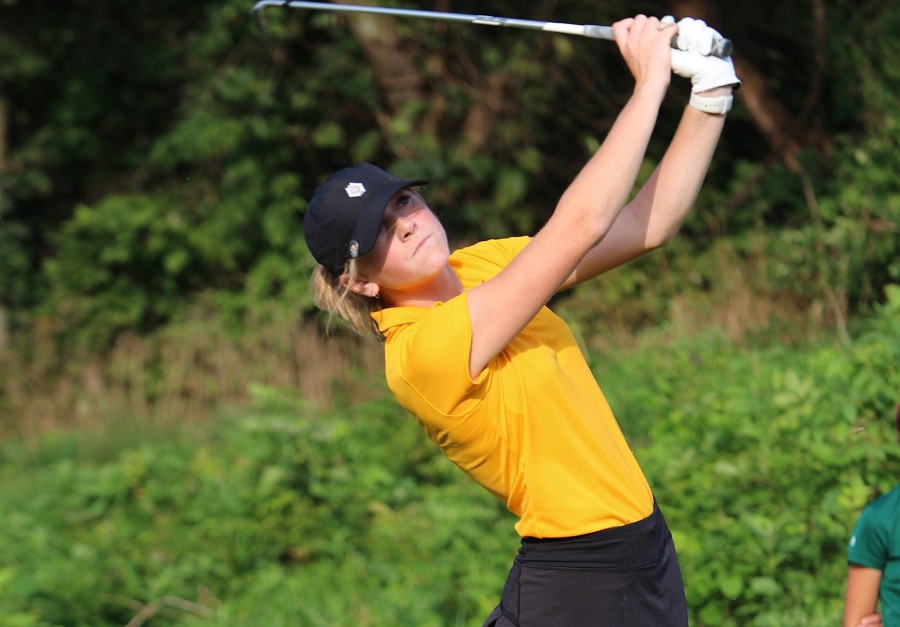 On a hot and sunny afternoon at North Park Golf Course, the North Allegheny girls’ golf team played in its closest section match of the season and outlasted Seneca Valley in a two-hole playoff for an eighth consecutive victory. The Tigers and Raiders were deadlocked at 172-172 before the match was decided by the two-hole playoff.

Along with Rankin and Kardos, sophomore Megan Manesiotis contributed to the victory and senior Sissi Hai added a 48 for the Tigers.

With the win, North Allegheny improves to 11-1 overall and remains undefeated in the section with a 7-0 mark. The Tigers will host Moon on Monday for another section contest.