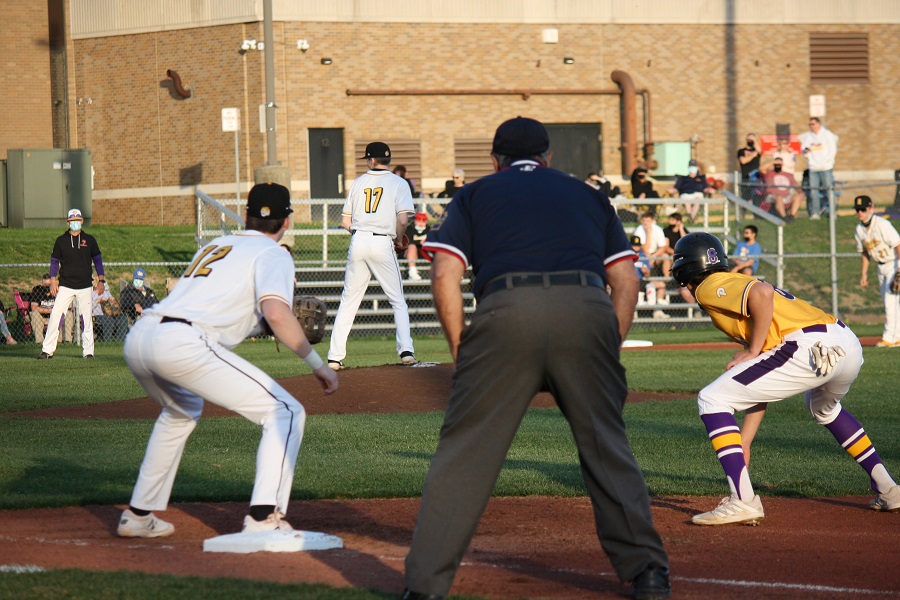 Thanks to a dazzling pitching display by three North Allegheny hurlers, the host Tigers wrangled the Plum Mustangs on Friday night, 5-1, in a non-section contest.

For most of the game, the NA pitching staff was literally untouchable. Plum was rendered hitless until a one-out single by Silvio Ionadi in the top of the sixth inning, one of only two hits on the night. Perhaps even more impressive, the combination of Joe Lang, Conor Smith and Spencer Barnett struck out 14 of 15 batters from the first inning into the sixth. Of the 21 outs recorded by the NA pitching triumvirate, 17 of them came by way of the strikeout. All three NA pitchers were tabbed as Wright Automotive Players of the Game by the North Allegheny Sports Network.

Lang earned the win to improve to 1-1 on the season with three hitless innings and seven strikeouts. Smith followed with two hitless frames and six strikeouts. Barnett finished the final two innings with one run allowed on two hits and four K’s.

In the first inning, Young raced home on a wild pitch for an early 1-0 lead. In the second, Andreyko drove in a run on an RBI single and scored on an error later in the inning for a 3-0 advantage. Young followed with an RBI double to bring home Ethan Gavlik and the Tigers ballooned the lead to 4-0. In the fifth, Andreyko crossed the plate on a wild pitch to bring the score to 5-0. Plum’s lone run scored in the sixth inning on an RBI double by Matthew Frazetta.

With the non-section win, North Allegheny improves to 4-1 overall, while Plum drops to 2-1 on the season. The Tigers will return to Section 1-6A play on Monday with a visit to Allderdice at 3:30 p.m.