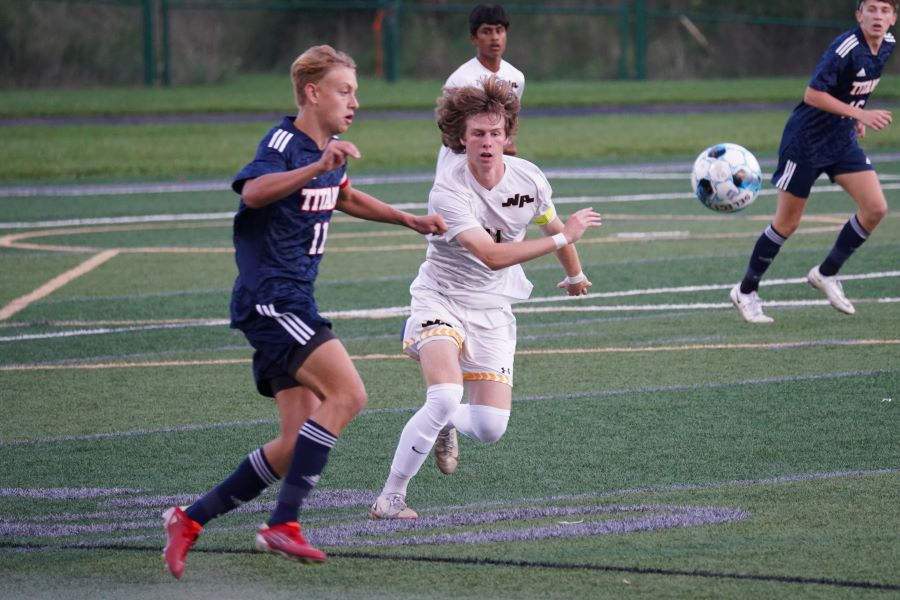 Senior Ben Christian broke a 2-2 tie with a goal in the 67th minute to propel North Allegheny to a 3-2 win at Shaler on Tuesday night in Section 1-AAAA action. Christian’s game-winning marker came on a direct kick from 20 yards out to give NA its first section win of the season.

Senior strike Brendan Angermeier opened the scoring in the 12th minute on corner kick, assisted by Christian, for a quick 1-0 lead.

In what proved to be a back-and-forth affair, Shaler evened the score in the 47th minute thanks to a goal from Austin Shaw. The tie was short-lived, however, as sophomore Noah Hutter gave NA the lead back three minutes later. Junior Luke Brady put a shot on net that was saved by the Shaler keeper, but Hutter was there to punch in the rebound and the Tigers were back on top, 2-1.

In the 64th minute, Josh Jashinski scored for Shaler and the game was knotted at 2-2.

Once more, North Allegheny responded quickly and in the 67th minute Christian delivered the game winner and the Tigers prevailed, 3-2. Junior goalie Dante Accamando made three saves to earn the victory. NA outshot Shaler, 13-5, on the night.