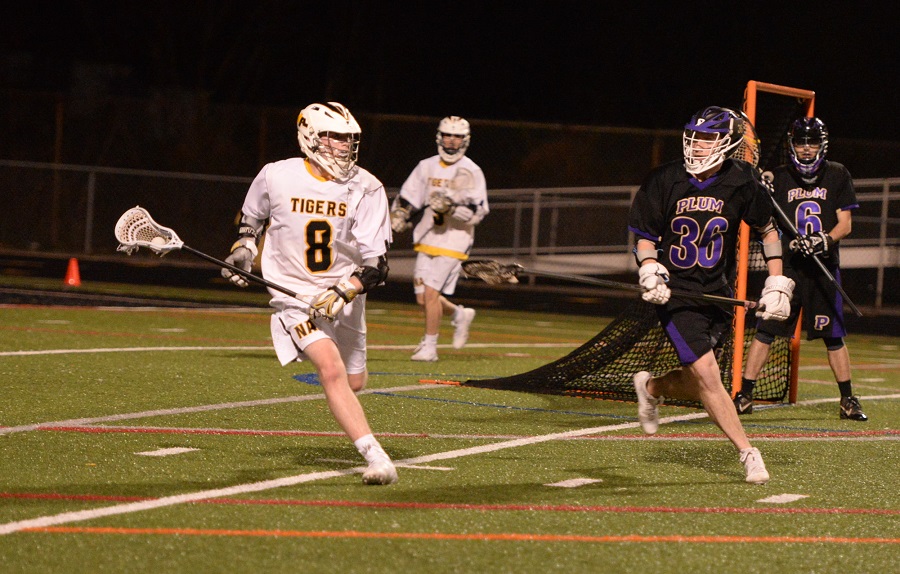 Four Tigers scored two goals apiece as North Allegheny pummeled the Plum Mustangs for a Section 3-AAA win on Wednesday night, 16-0. The Tigers not only shutout the Mustangs but allowed only two shots on net for the entire game. Junior Kyler Byerly was named the Wright Automotive Player of the Game with two goals and strong play throughout the night.

Byerly set the tone early with a goal 2:14 into the game for a quick 1-0 lead. Byerly’s marker opened the floodgates as North Allegheny poured in nine goals in the first quarter and built a 12-0 lead by halftime.

North Allegheny jumps to 5-3 overall and 1-1 in Section 3-AAA action. The Tigers visit Mason at noon on Saturday.