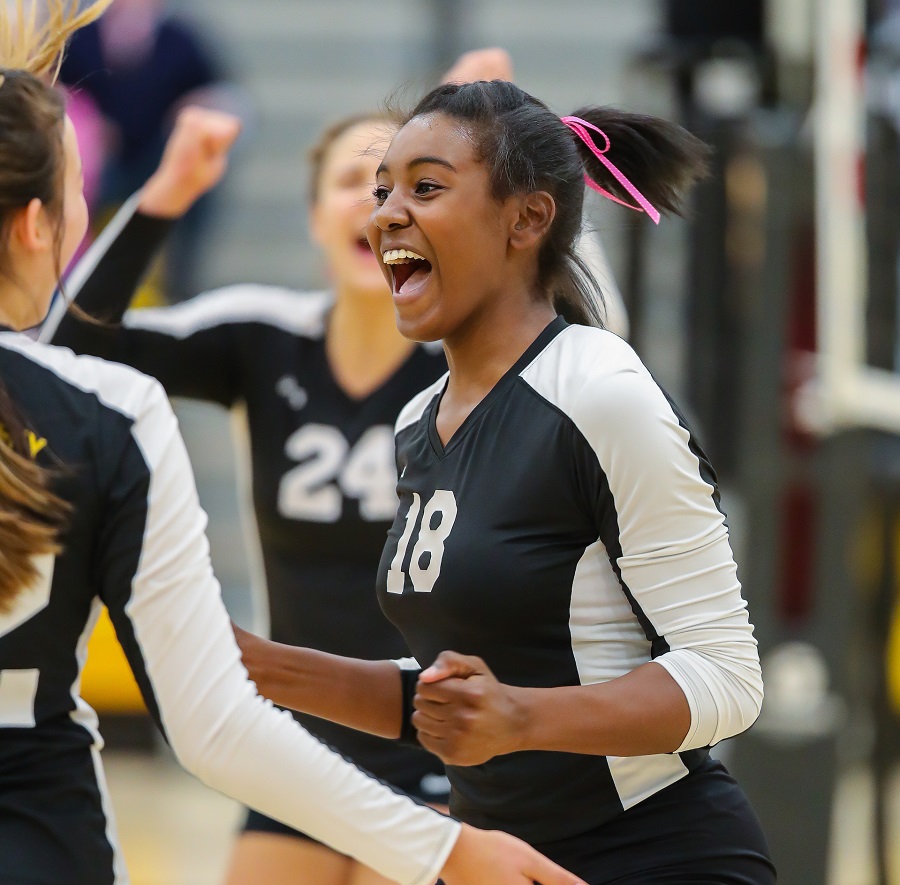 NA Rallies Back To Win Thriller In Five Sets Over USC

In a battle between two top-five teams in the Post-Gazette’s preseason rankings, the No.1 North Allegheny Tigers earned a hard-fought win in five sets over No. 3 Upper St. Clair on Wednesday night. The Tigers dropped the first two sets by scores of 25-22 and 25-23 before rolling off wins in three consecutive sets. NA smashed USC in set three, 25-10, and used that momentum to win set four, 25-18. In the fifth and decisive set, North Allegheny defeated the Panthers, 15-7, for an exciting non-section triumph.

The Tigers received a very good and balanced offensive performance with four players in double-digit kills. Paige Miller paced the team with 12 kills, while Kayla Dinkins, Anna Sprys and Avery Tuman all posted 10 kills each. Allena Carmody filled in again at libero and delivered a team-best 17 digs, two aces and great passing throughout the night.

The win catapults North Allegheny to a 3-0 start to the regular season. The Lady Tigers will take part in the Upper St. Clair invitational over the weekend before visiting Mt. Lebanon on Monday, September 11 at 7:00 p.m.