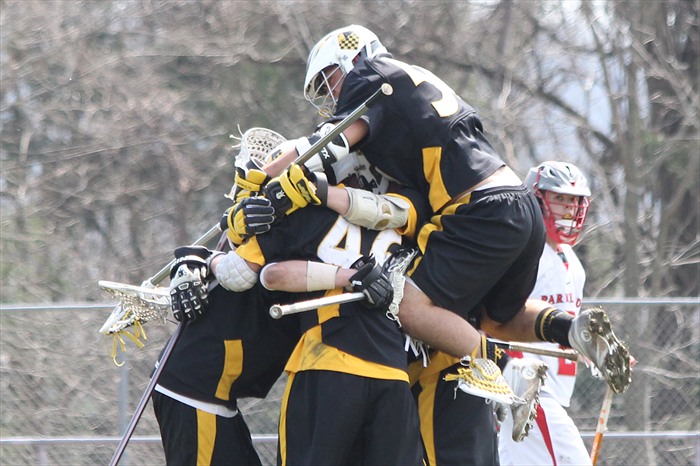 NA Rallies From Five Down To Beat Peters Township

North Allegheny rallied from a five goal deficit to beat the Peters Township Indians, 12-9, on Friday night in a non-section contest on the road. In the regular season finale for both teams, the Indians built a 7-2 lead by halftime before the Tigers clawed their way back into the game in the second half.

The Tigers improve to 12-6 overall on the season while Peters Township drops to 9-7.  North Allegheny will face Sewickley Academy in the WPIAL Quarterfinals on Wednesday night at home.  On April 28, the Tigers defeated Sewickley 8-7 in double overtime at Newman Stadium. The playoff contest will be broadcast live via the internet on the North Allegheny Sports Network. For a look at the entire WPIAL Division 1 playoff field, click here for brackets.