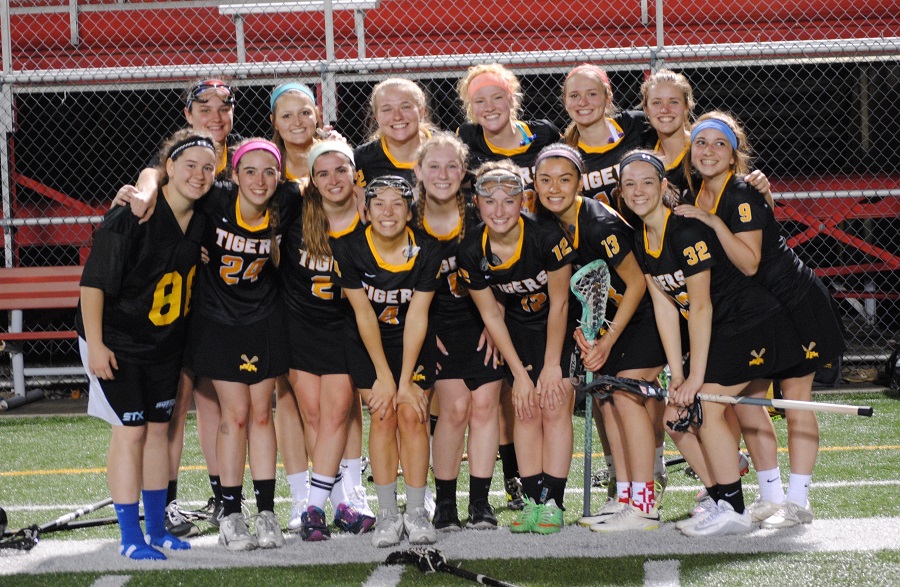 The North Allegheny girls’ lacrosse team took to the road for the sixth time in five games. This one was an exciting, hard-fought game that went into overtime and resulted in NA’s first win of the season, 11-10.

The Tigers jumped to an early lead with a goal by freshman Lexi McClure in the first minute of the game. North Hills went on to score the next six goals before NA was able to begin to chip away. A goal by junior Abby Washabaugh and two by freshman Brooke Ferringer brought the NA deficit to 8-4 at the half.

The teams exchanged goals in the first five minutes of the second half with Ferringer scoring her third goal of the game. NA then went on to score five goals in a two minute stretch behind two more goals by Washabaugh, and goals by senior Courtney Heinl, senior Abby Fantaski and freshman Paige Jones, to take a 10-9 lead. North Hills tied the game at 10 with 9:08 to play.

The score remained tied through the remainder of regulation play and into overtime. NA junior Caroline Palguta scored the winning goal with 17.3 seconds left in overtime.