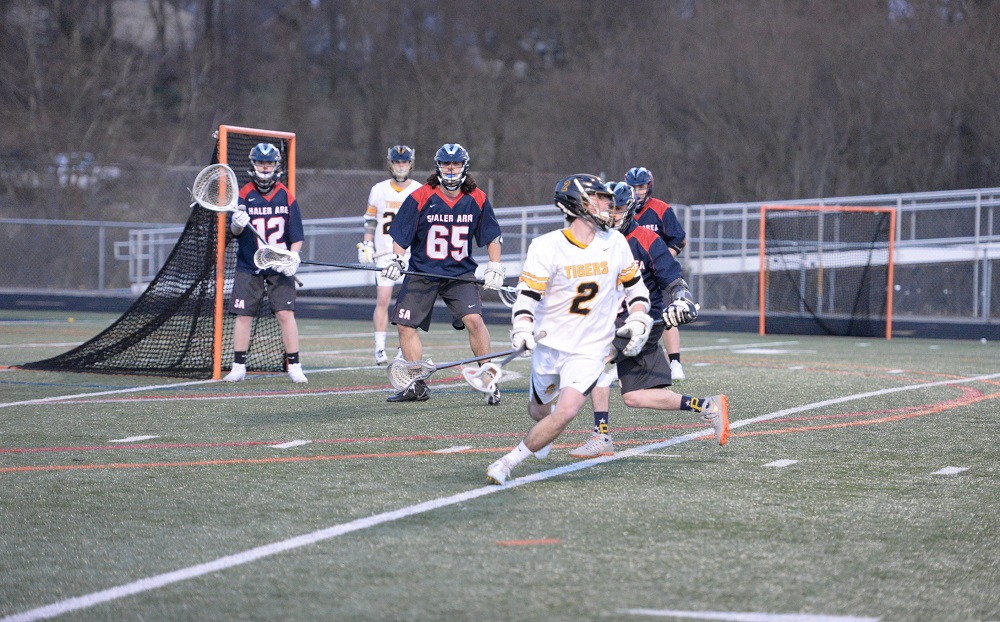 The North Allegheny boys’ lacrosse team picked up its second Section 2-AAA win of the season with an 18-3 blowout of the Shaler Titans at Newman Stadium on Tuesday night. Leading 8-2 at halftime, the Tigers proceeded to dominate their opponent by outscoring the Titans 10-1 in the second half. Junior attack Isaiah Davis led the onslaught with a five-goal performance.

Joining Davis in the assault on the Shaler net were seniors Matt Osten and Kyler Byerly with four and three goals, respectively. Senior Owen Kegel chipped in with two goals. Also touching the scoresheet were Tyler Lamark, Jake Williams, Chris Eck and Zack Kairys with one goal apiece.

Senior Ryan Leonard led NA with a team-high three assists and added four groundballs. Senior Antonio O’Barto paced the Tigers in the groundball department with six on the night, followed by junior Mitch Arnold with five.

Following the win, North Allegheny improves to 3-0 overall and 2-0 in Section 2-AAA, while Shaler slips to 0-1 in the section. The Tigers will take on Thomas Worthington in a non-section contest at home on Saturday at 6:00 p.m.