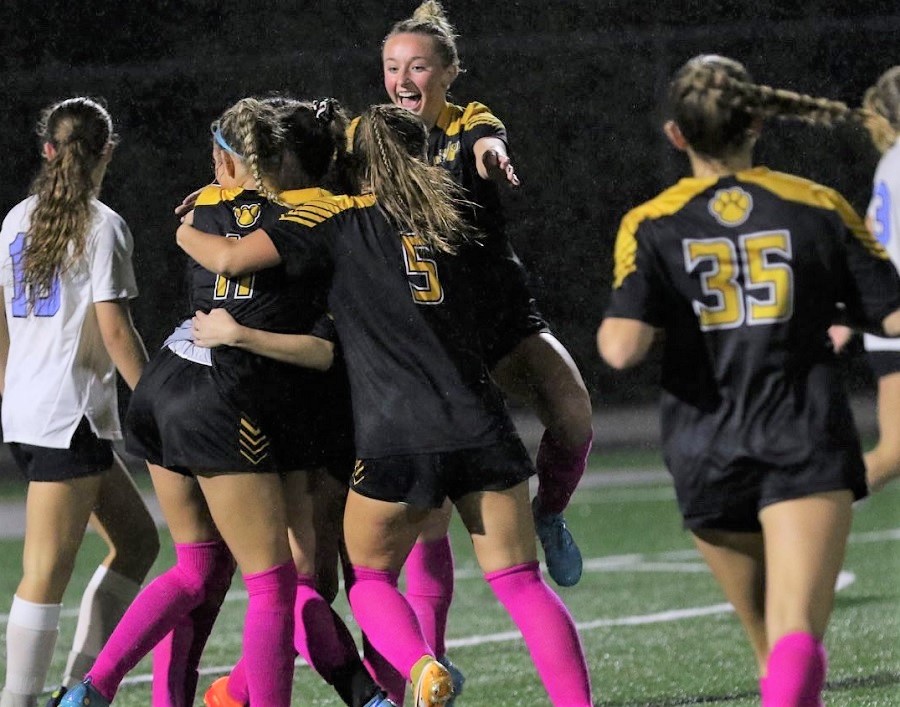 Facing off for the third time this season, the North Allegheny girls’ soccer team won the all-important rubber match with Seneca Valley in the WPIAL Class 4A semifinals with a 3-2 triumph on Monday night at Gateway High School. The Tigers advance to the WPIAL championship game for the third time in the last four seasons to take on the Peters Township Indians, who defeated Mt. Lebanon in the other semifinal, 2-1. The victory also clinches a berth in the PIAA playoffs next week.

Both North Allegheny and Seneca Valley entered the semifinal round with only one loss on the year, with each team defeating the other during the regular season. In the most important matchup of the season between these two familiar foes, it was North Allegheny who came out on top.

In the early going, the Tigers had the better of the possession time and produced a pair of good scoring chances on corner kicks. In the game’s 11th minute, senior Sophia Palermo drove a corner kick from the far flag onto the toe of Ally Ruiz, who sent a hard shot on net. While Ruiz was behind Seneca Valley keeper Mia Humphreys, it was senior Emily Stratton who made a defensive save near the goal line for the Raiders to keep the game scoreless. 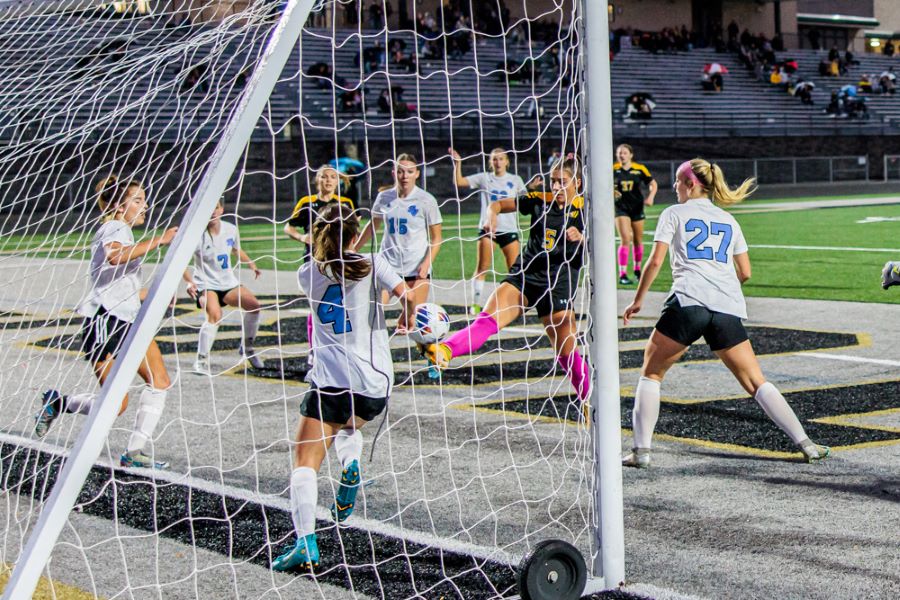 In the 25th minute, North Allegheny’s third corner kick of the evening delivered the game’s first goal. Once again, Palermo administered a strong corner kick that deflected to junior Abigail Stager, who tapped the ball in with her right foot for a 1-0 lead. It was the 16th goal of the season for the University of Kentucky recruit.

Seneca Valley tied the game in the 31st minute when junior Ayla Ward fed a pass to senior Kendall Walton for a shot from 30 yards out that clanged off the right post and deflected toward the left post, slowly leaking across the goal line to even the score at 1-1. North Allegheny goalie Natalie Rak made a sprawling effort attempting to prevent the goal but Seneca Valley’s fortunate carom evened the score and the game remained tied by halftime.

Just 2:05 into the second half, North Allegheny regained the lead thanks to a perfectly arched shot by Lucia Wells from 20 yards out over a leaping Humphries for a 2-1 advantage. The goal was Wells’ team-leading 27th of the season. Leading the charge with a spirited effort on the pitch throughout the night, Wells was named the Wright Automotive Player of the Game.

North Allegheny led in corner kicks, 7-4, but it was Seneca Valley’s fourth corner kick opportunity that tied the game. In the 72nd minute, Walton scored her second goal of the night, bending a corner kick from the far flag into the back of the NA net and the game was deadlocked at 2-2. 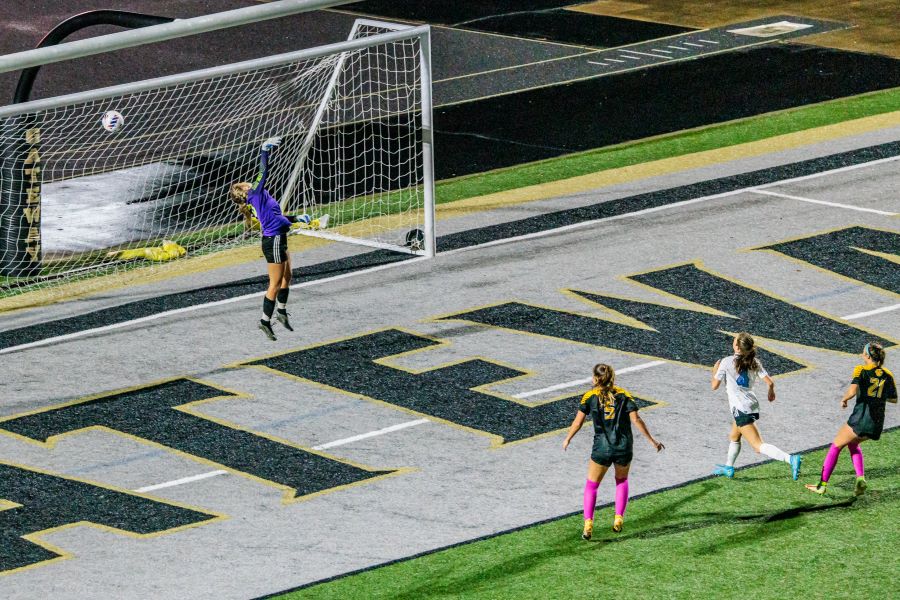 Undaunted, the Tigers went right back to work and continued to mount pressure. With 4:13 remaining in the game, Wells started a transition break with a pass to senior Anna Bundy on the right side. Bundy then directed a centering pass to junior Jadyn Coy, who buried a shot near the top of the 18 for a 3-2 lead. The goal, Coy’s fifth of the season, proved to be the game winner. It was also the second game-winning goal for Coy this year against Seneca Valley. She also tallied the deciding marker in a 1-0 defeat of the Raiders on Oct. 17 at Newman Stadium.

With the win, North Allegheny improves to 19-1 on the season, while Seneca Valley’s season comes to an end with a 13-2-2 mark. The Tigers have won eight of their last 10 meetings with the Raiders. The playoff matchup between NA and SV was the first between the two teams since the Tigers defeated the Raiders in the quarterfinal round of the 2011 playoffs, 5-1.

North Allegheny will next take on Peters Township in the WPIAL Class 4A championship on Thursday night at Highmark Stadium in Pittsburgh at 8:00 p.m. The game will be broadcast live by the North Allegheny Sports Network/Trib Live HSSN.