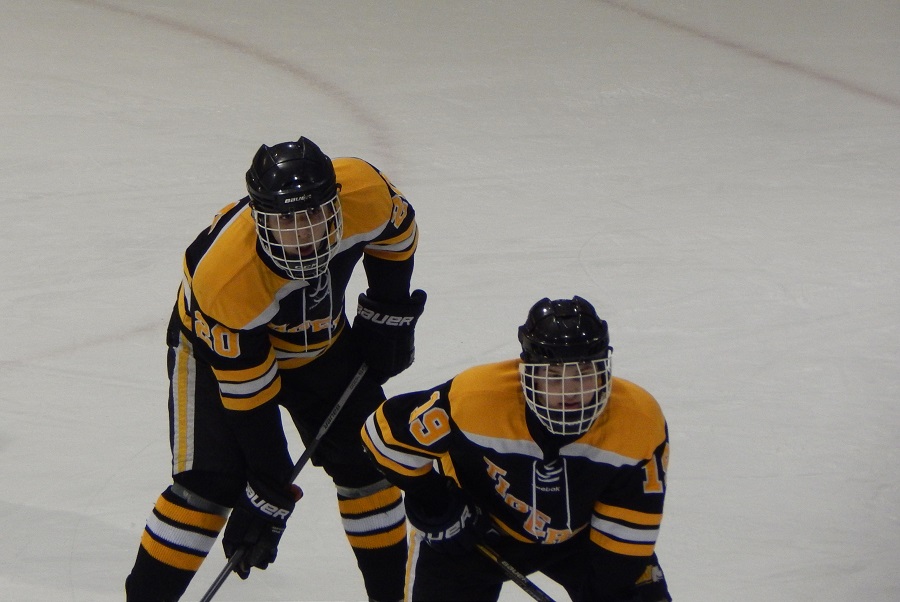 In a heavily one-sided game, the North Allegheny ice hockey team punished the Penn-Trafford Warriors, 5-1, at Center Ice Arena on Tuesday night. The game was even more one-sided than the final score would indicate as NA outshot the Warriors, 62-20.

Buried under an avalanche of shots, PT’s Eric Phelps made 57 saves and did his best to keep the Warriors in the game.  However, the Tigers offensive onslaught couldn’t be stopped as NA took a 2-0 lead in the first period behind goals from Dawson Richard and William Rahenkamp.

With the win, North Allegheny improves to 9-2-2 on the season and sits in second place in the Class AAA standings, three points behind Peters Township.  Penn-Trafford remains winless at 0-11-1. The Tigers have a couple of weeks off until January 12 when NA hosts the Canon-McMillan Big Macs.