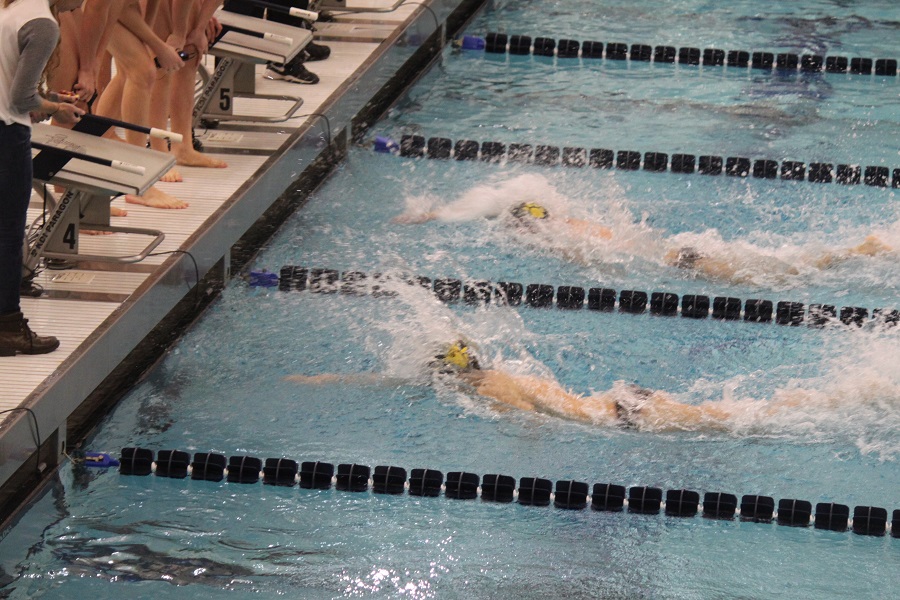 The North Allegheny swim team travelled to Bucknell University to compete against six other swim teams in the Bucknell Invitational.  The boys’ team won all three relay events and placed third place or higher in all the individual events.  The girls’ team finished second to the Hershey team in all the relay events.