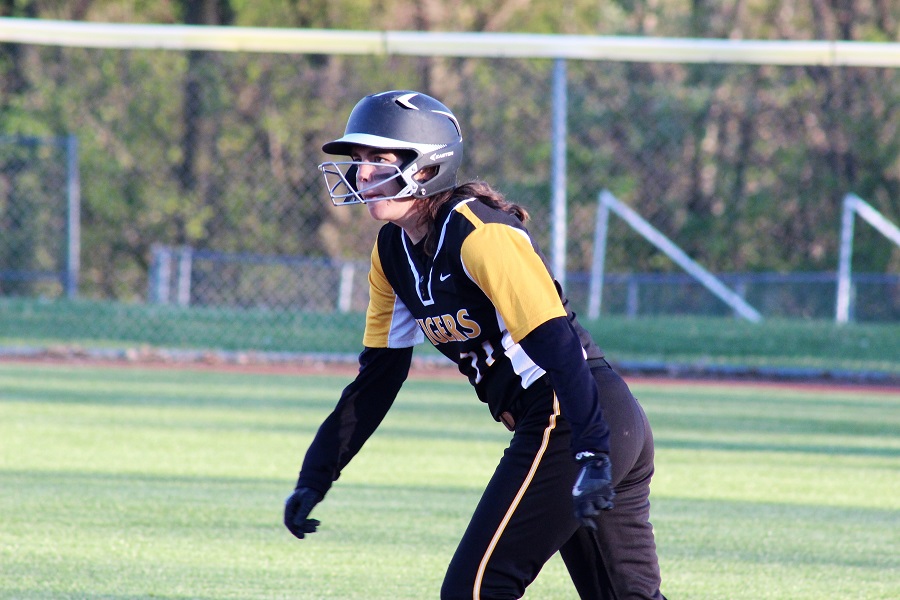 The North Allegheny Tigers Varsity Softball Team won the Battle of the Tigers in a Monday evening game vs. the Howland (OH) Tigers by earning a 13-3 victory in a game completed in five innings and terminated by the ten-run rule. Howland opened the game by scoring a run in the first, but NA came back with a three-run opening inning to take a 3-1 advantage, an advantage they never lost. North Allegheny added five in the second and an additional five in the fourth to take command of the game. Howland scored twice in the top of the third, but never could get closer than a five-run deficit. North Allegheny’s offense was led by Designated Player Regan Brodine, who tallied three hits (two singles and a triple) and gathered five runs batted in. Dana Manz had two RBIs, and Maddy DeRubbo and Rachel Martindale each added one. Ashley Adams threw all five innings, allowing just five hits.

With the win, the Tigers raise their overall record to 11-5 while maintaining their second-place status in Section 3-AAAAAA. The team will get right back into action on Tuesday afternoon, when they host the Hempfield Spartans at NASH Field with the first pitch scheduled for 4:00 PM.