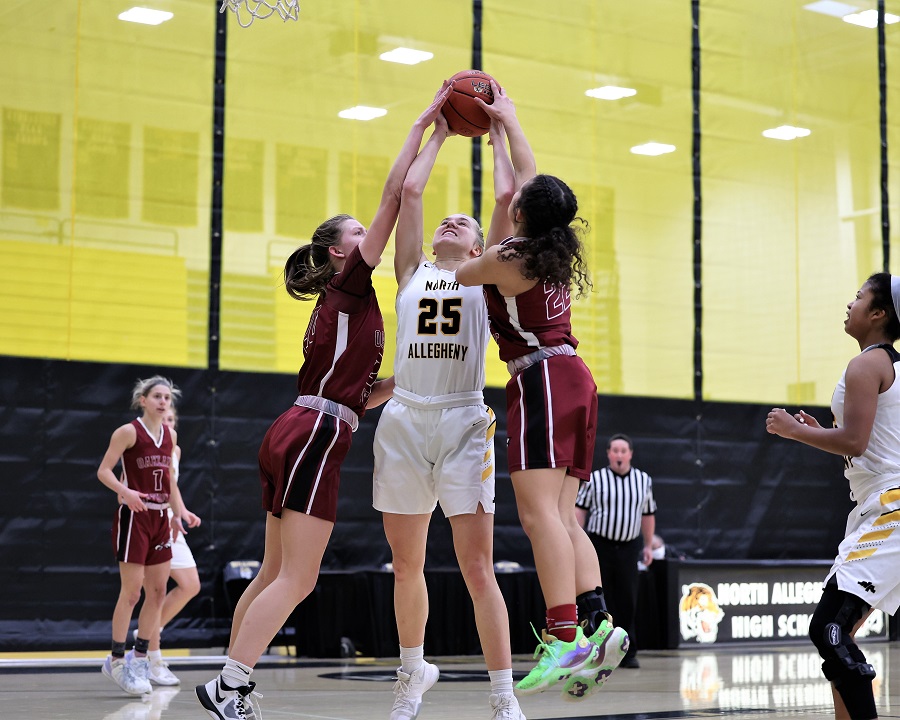 The North Allegheny Tigers improved to 20-1 on the season by defeating Oakland Catholic 48-36 on Saturday afternoon.

The Tigers held a 23-19 lead at halftime but came out and set a defensive tone for the second half.  NA went on a 10-2 run to start the third quarter, creating three straight turnovers and fast break layups.  The Tigers increased their lead to 15 points before the Eagles cut the lead to seven points with four minutes to play. Despite the Eagles late charge, the Tigers used a 7-0 run to create some space for a 48-36 victory.

Five different players had at least seven points and collectively connected on seven 3-pointers on the afternoon.  Leading the way was senior Taylor Rawls with 11 points and three triples.  Junior Jasmine Timmerson scored 10 points and junior Mia Tuman chipped in with eight. Rawls was named the Wright Automotive player of the game for her efforts.

North Allegheny will close out the regular season on Monday night when the Tigers travel to Indiana.  The Tigers should know their playoff seeding by tipoff as the WPIAL playoffs brackets will be released 5 p.m.