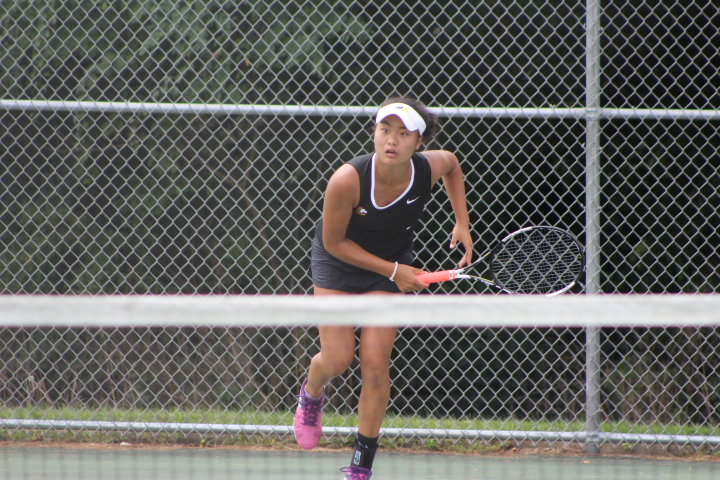 The North Allegheny girls’ tennis team punched its ticket to a fourth consecutive WPIAL Championship match appearance with a 4-1 win over the Pine-Richland Rams on Monday afternoon in the WPIAL semifinals. It was the second time this season the Lady Tigers defeated their section rival.

In doubles play, Riya Yadav and Katherine Ambrose checked in with a 3-6, 6-2, 6-2, victory over Sara Shriber and Rita Lakhassassi. Pine-Richland claimed its only win at No. 1 doubles courtesy of Alyssa Sarver and Young Kim.

North Allegheny jumps to 19-0 overall on the season and will face the Mt. Lebanon Blue Devils in the WPIAL Championship on Wednesday afternoon at Sewickley Academy at 3:30. The Lady Tigers defeated Mt. Lebanon in an early season matchup on August 25 by a 5-0 decision.