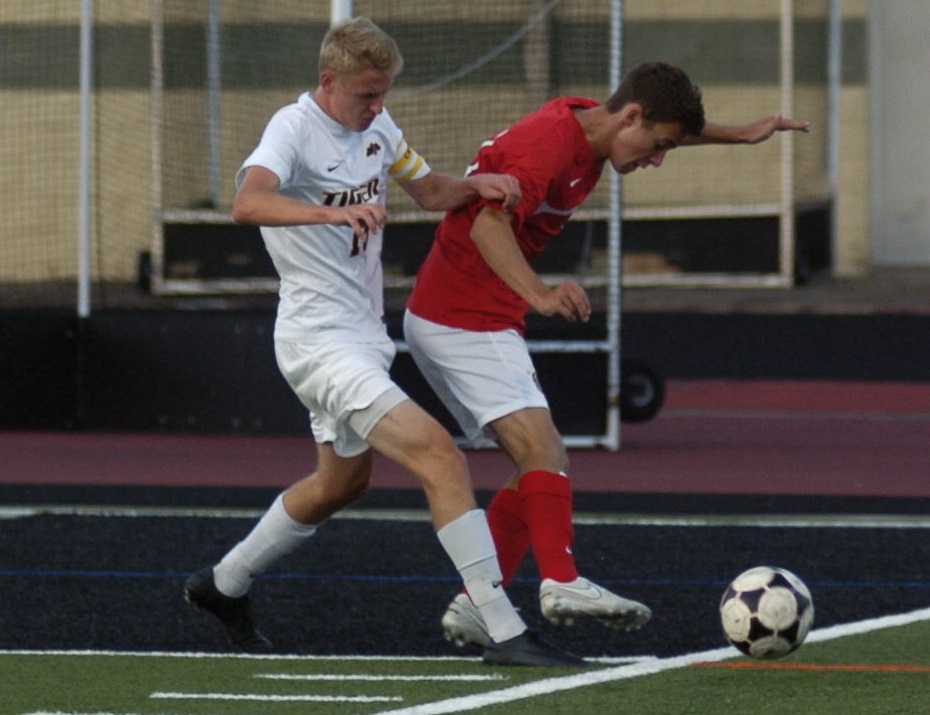 Neither a driving rainstorm nor the Shaler Titans could stop the North Allegheny Tigers on Thursday night as the Tigers defeated Shaler, 2-1.  The Tigers took a quick 1-0 lead on a Ben Cinker goal off a nice feed from Owen Leonard at the 28:59 mark of the first half.   The Tigers continued to launch shots at the Shaler net throughout the rest of the first half and kept the pressure on resulting in a corner kick from Zac Marzula that Nathan Muckle headed into the net giving the Tigers a 2-0 lead.  Shaler, however, continued to play hard and notched a goal late in the first half off a scramble in front of the Tiger goal to cut the score to 2-1, Tigers

The second half was played in what could be only described as a deluge – but the Tigers continued their stellar play and clearly had the better of the scoring opportunities. Both keepers came up with strong saves to keep the final score 2-1, Tigers.