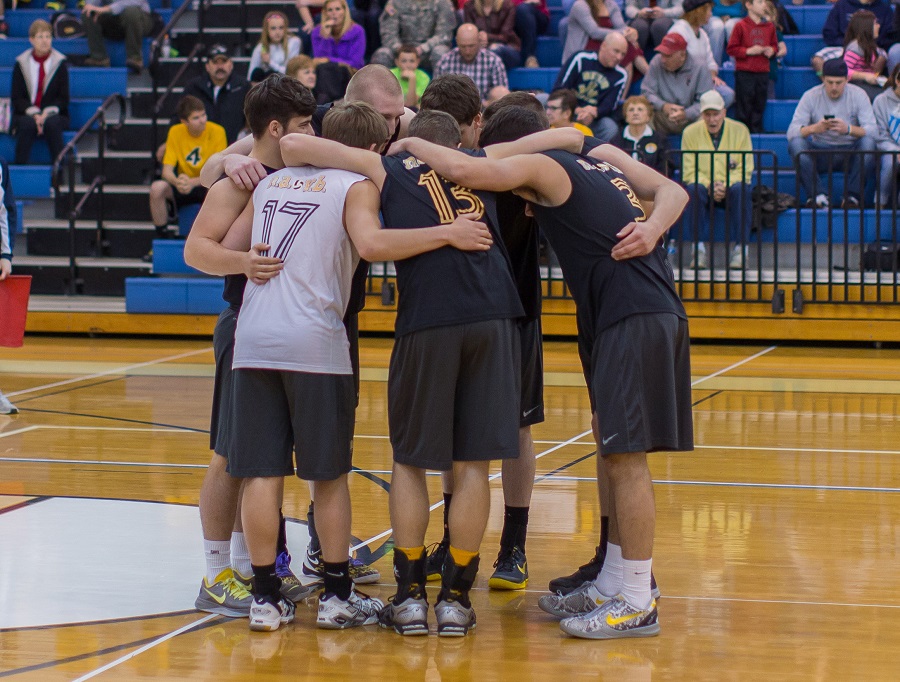 For the first time in nearly two years, the North Allegheny Boys Volleyball Team fell in a regular season match, dropping a 3-2 decision to rival Seneca Valley on Tuesday night. Almost two years ago to the day, the Raiders beat NA, 3-2, in Harmony, PA.  Seneca Valley duplicated the feat on its home floor with set scores of 25-22, 28-26, 19-25, 16-25 and 15-12.

After dropping the first two sets, the Tigers stormed back in sets three and four behind the play of senior Mitch Higgins who punished Seneca Valley with 28 kills.  Senior David Haus delivered an all-around performance with 15 kills, seven digs, four blocks and an ace. Patrick O’Neil provided some resistance at the net with six blocks and libero Ethan DeRubbo notched a team-high 13 digs.  Setter Antonios Balaouris tallied 62 assists and 11 digs.

Despite NA’s furious rally, the Raiders managed to hold on in the fifth set, 15-12, for a stunning victory over the top-ranked Tigers.  North Allegheny, who has already locked up a playoff berth and Section 2-AAA title, slips to 13-1 overall and 10-1 in section play. Seneca Valley improves to 7-5 overall and 7-3 in the section.  The Tigers will round out the section schedule on Thursday night with a home contest against North Hills.  Start time is slated for 7:00 pm.