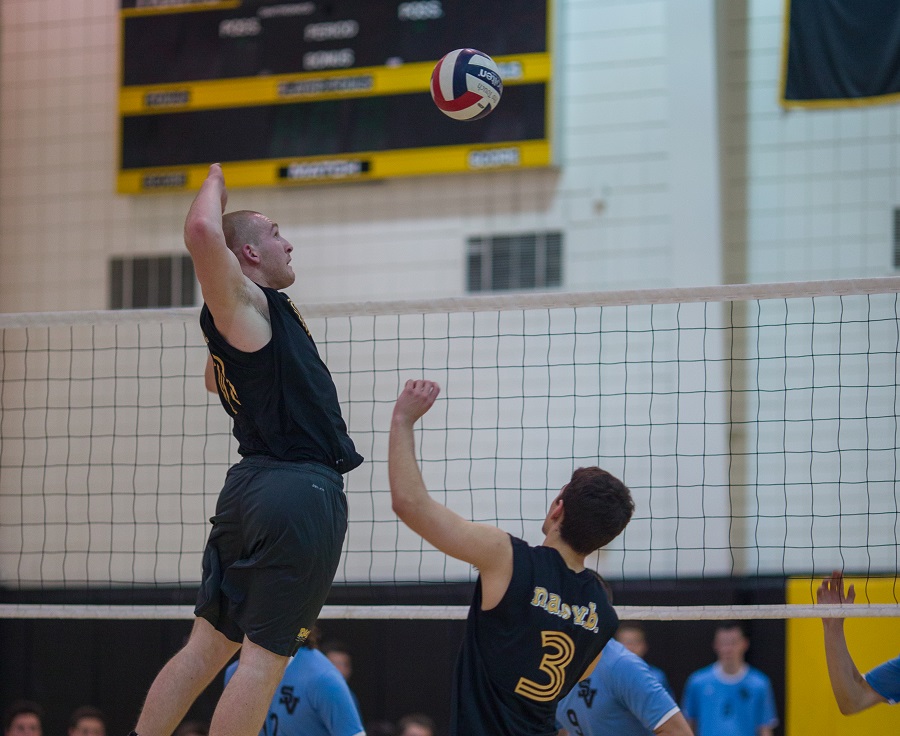 Climbing the first rung on the championship ladder, North Allegheny locked up the Section 2-AAA title on Thursday night with a 3-0 sweep of the Fox Chapel Foxes.  The reigning WPIAL and PIAA champions were running on all cylinders, blasting the Foxes by set scores of 25-15, 25-18 and 25-18.

In the first set, Mitch Higgins dominated the action with seven of his game-high 13 kills. The senior outside hitter also posted two aces and senior David Haus added four kills in the set as the Tigers ran away from Fox Chapel for a 25-15 opening game win.

In sets two and three, the versatility and power of Brendan Brown was too much for Fox Chapel to handle. On his way toward a nine kill and four block performance, Brown shook the Foxes with thunderous swings and stonewalling rejections in the middle.  As if this wasn’t enough, Brown locked up Wright Automotive Player of the Match honors in the third set with a terrific back set to Haus for a kill and a 19-14 lead. Setter Antonios Balouris capped the set and match with a timely dump into the Fox Chapel middle for a 25-18 match clinching win. Balouris finished with a team-high 40 assists.

North Allegheny leaps to 12-0 overall and 10-0 in Section 2-AAA.  Fox Chapel drops to 7-4 overall and in section play. The Tigers host Derry in a non-section match on Friday night at 7:00 pm.