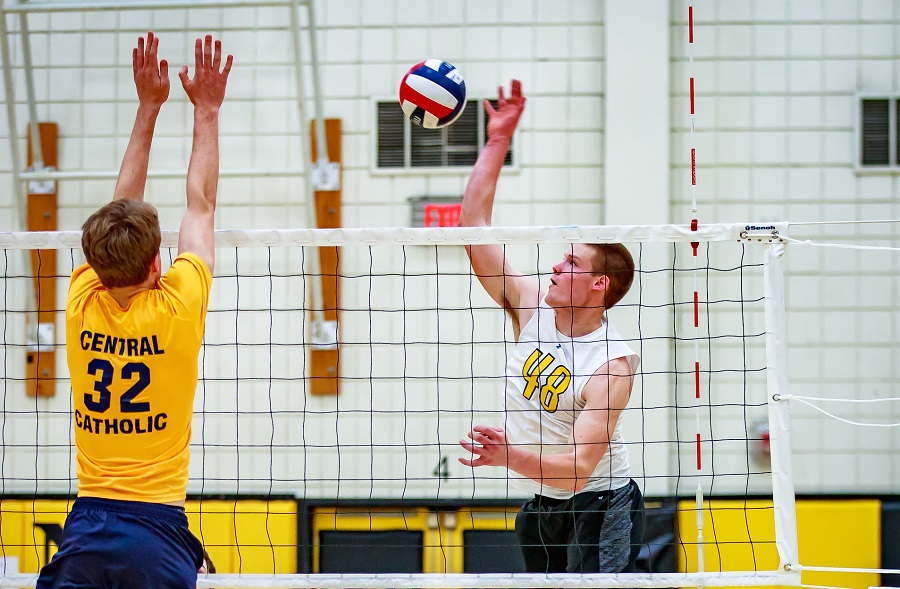 The top-ranked North Allegheny Tigers made quick work of the winless North Hills Indians on Tuesday night with a 3-0 victory. The Tigers claimed the win by set scores of 25-9, 25-12 and 25-13.

North Allegheny held a 10-6 advantage in the opening set before Josh LaMay gave the Tigers full command with a personal 8-0 run. LaMay delivered two kills and six aces to help NA rout the Indians in the first set, 25-9. For his efforts, LaMay was named the Wright Automotive Player of the Game. Seniors Eric and Luke Visgitis each added four kills and a block  in the first set.

The second set was spearheaded by Canyon Tuman who posted four kills and a block. Junior Jason Stiefvater chipped in with three kills as the Tigers rolled to a 25-12 win.

With the win, North Allegheny improves to 7-0 overall and 6-0 in Section 2-AAA. North Hills, who hasn’t won a section game in four years, dips to 0-6 in the section. The Tigers will host Shaler on Thursday night at 7:00 p.m. The match will be broadcast live via the internet on the North Allegheny Sports Network.