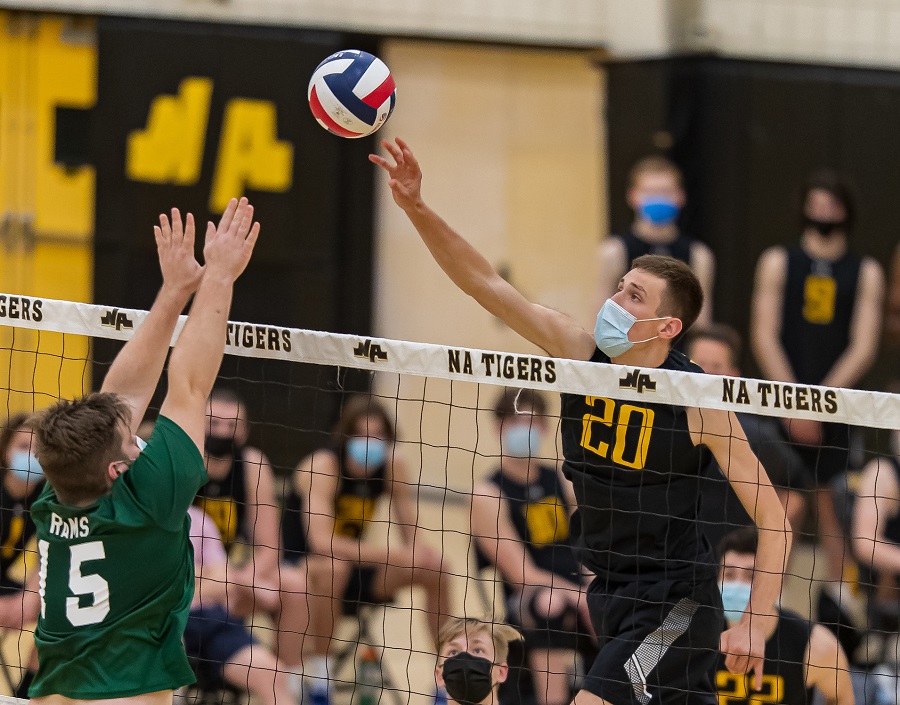 The North Allegheny boys’ volleyball team cruised to a 3-0 sweep at Pine-Richland in the Section 2-AAA finale on Thursday night. The Tigers captured their 58th consecutive win by set scores of 25-10, 25-16 and 25-16.

It was a well-balanced performance with most of the Tigers contributing to the win. Junior Titus LaMay paced the offense attack with seven kills, followed by senior Gavin Owens’ five kills. Eight players recorded at least three kills on the night.

North Allegheny finishes section play with a 12-0 record. The Tigers will take part in the Shaler Invitational over the weekend before the start of the WPIAL playoffs next week.