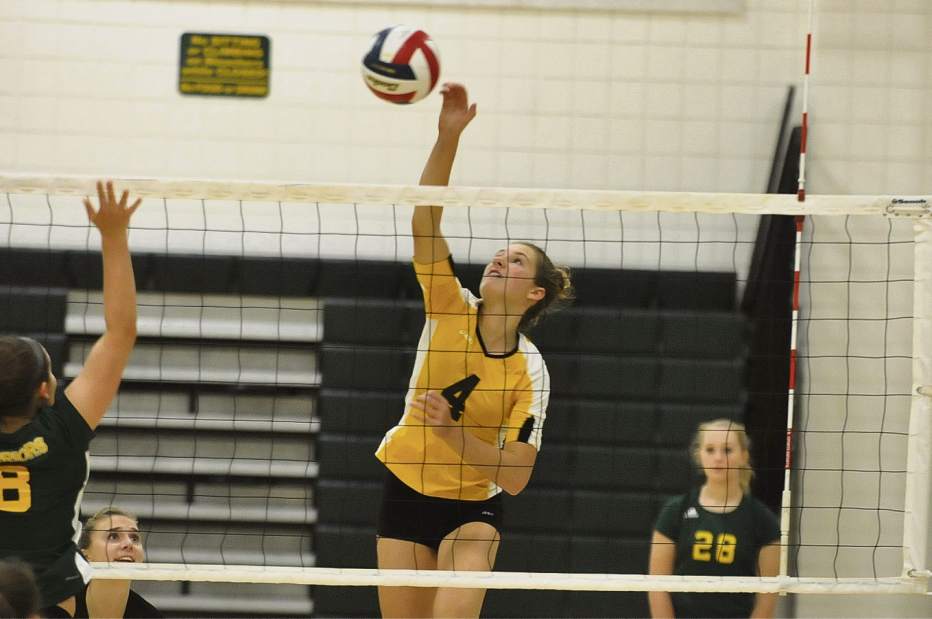 The top-ranked North Allegheny Tigers matched up with the No. 2 Seneca Valley Raiders and earned a 3-0 sweep to remain undefeated on the season. The Tigers defeated the reigning WPIAL champions by set scores of 25-20, 25-18 and 25-23.

NA opened up an 18-11 lead in the first set and cruised to a 25-20 win. Junior Avery Tuman delivered several powerful and accurate swings for four kills and one block in the win. Seneca Valley’s Anna DeGraaf performed well, despite the loss, and posted three blocks in the set.

The second set began in similar fashion, with the Tigers jumping to a 17-9 advantage. With the Tigers leading 20-13 later in the set, junior Anna Sprys helped put away the Raiders by scoring four of the next five points. Sprys posted three blocks and two kills in the set and senior Kayla Dinkins supplied the exclamation point with a high-velocity kill to give NA a 25-18 win. The Raiders received a solid outing in set two by senior Sarah Illingworth who tallied three kills and two blocks.

The reigning WPIAL champions responded with a spirited effort in the third set and led by as much as six points. The Tigers edged back but still trailed 23-21 late. Led by freshman Paige Miller, North Allegheny rattled off four straight points to take the set, 25-23, and the match, 3-0. Miller totaled a game-high nine kills, added two aces and was a steadying force throughout the night. For her efforts, Paige Miller was named the Wright Automotive Player of the Match.

Sophomore setter Abby Miller made her return from injury after missing about a week of action and facilitated the Tigers high-powered attack. Tuman notched eight kills, while Sprys and Dinkins delivered seven kills each. On defense, junior Allena Carmody posted a game-high 19 digs and added two aces.

North Allegheny remains unbeaten with a 7-0 overall record and 3-0 mark in Section 1-AAAA. Seneca Valley slips to 1-2 in section play. The Lady Tigers host Butler on Thursday night at 7:00 p.m.