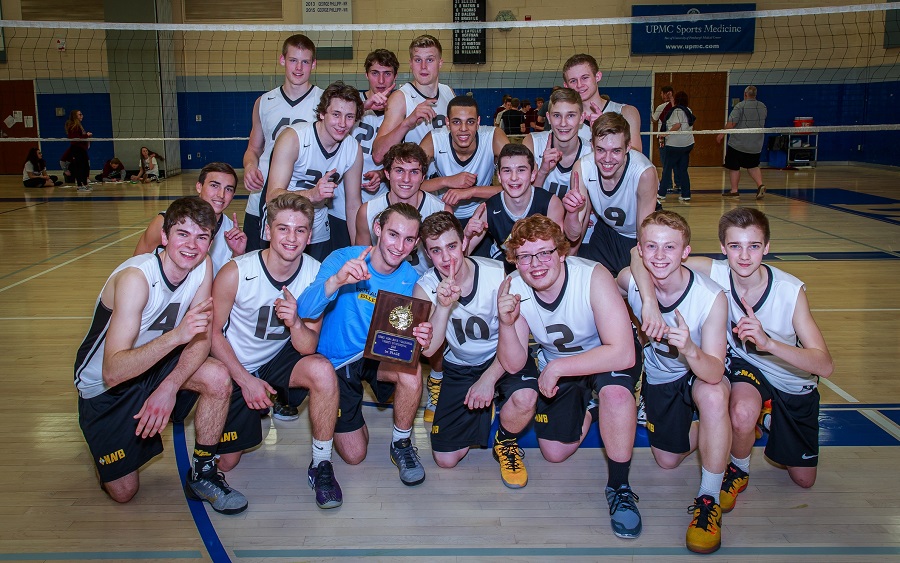 Continuing their early season roll, the North Allegheny Tigers claimed the top prize at the Derry Invitational on Saturday. The Tigers rolled through pool play with an unblemished mark and coasted their way to the invitational championship with a 25-22 victory over Altoona.

Helping lead the way for North Allegheny was Canyon Tuman who notched a team-high 39 kills for the tournament. Luke Visgitis and Eric Visgitis followed with 25 and 23 kills, respectively. Luke Visgitis stacked the net with a team-best 10 blocks. Setter M.J. Barton set up the offense with 117 assists and chipped in on defense with 17 digs. Libero Danny Lenovitz paced the defense with 47 digs.

North Allegheny hopes to continue its strong start to the season with a home contest on Tuesday night against the Butler Golden Tornado. The match will be broadcast live via the internet on the North Allegheny Sports Network.