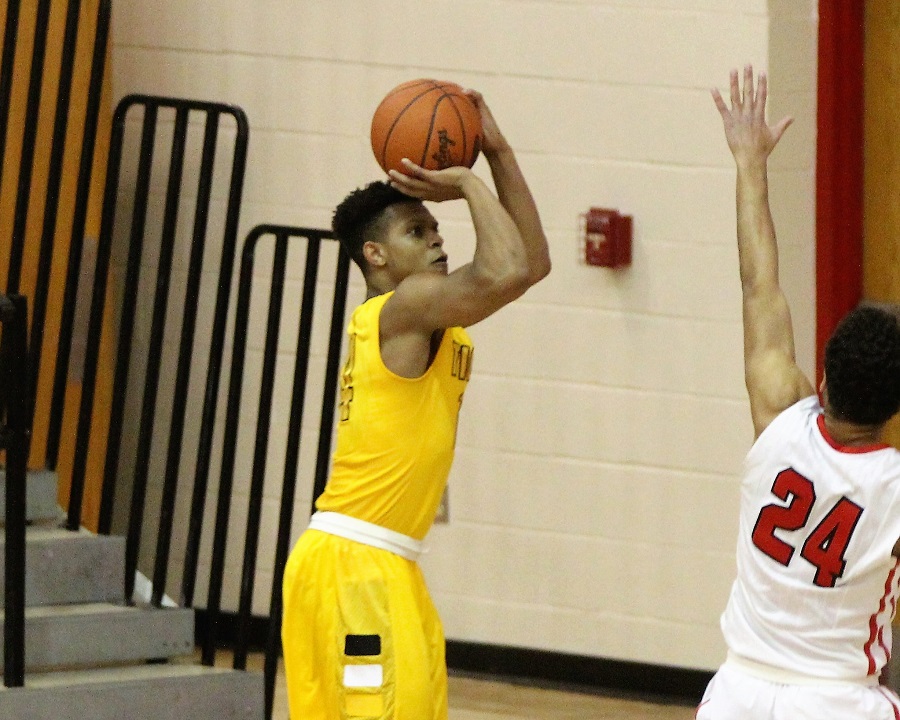 NA wins second section game in as many days

The North Allegheny boys’ basketball team finished the first rotation of section games the best they could, winning two games in two days. After their double-digit win on Monday against Seneca Valley, the Tigers were able to pick up another double-digit win on Tuesday at North Hills with a 65-34 win.

NA had strong starts at the beginning of both halves. Leading the way in the fourth quarter was senior Curtis Aiken. Aiken knocked down three 3-pointers for nine points to give the Tigers a 19-6 lead. North Hills briefly led 6-3 before the Tigers finished the quarter on a 16-0 run. The run started with an emphatic put-back dunk by senior Zach Johnson.

Both teams struggled in the second quarter that saw 13 combined points between the teams, but the Tigers were still able to take a 24-14 lead into break.

It was an eerily similar start to the third quarter for the Tigers, as they outscored the Indians 18-6 to put the game out of reach.

As a team, NA shot 42.9 percent from the field, but were able to out-rebound the Indians 37-17 and force 18 turnovers in the game.

Aiken and Johnson, both in their second game back from injury, led the Tigers with 15 points each. Sophomore Mike Iuzillino also finished in double figures with 11 points.

The win improves North Allegheny’s record to 4-7 overall and 2-4 in Section 1-6A. They are a half-game out of fourth place for the final playoff spot in the section with a matchup with every team in the section yet to come. They are tied with Shaler, who they will travel to on Friday for a 7:30 p.m. game.