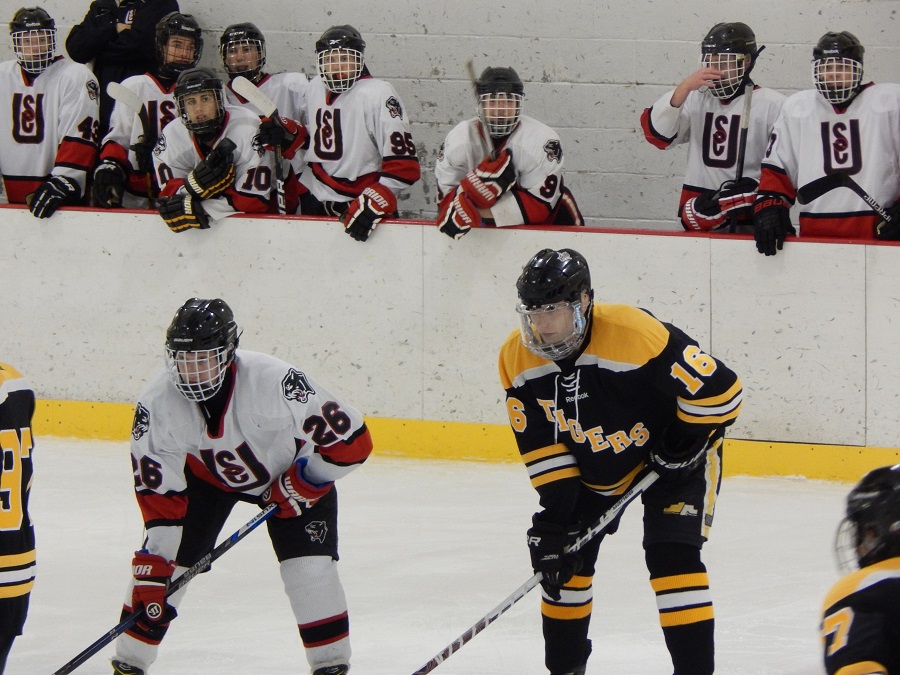 In a topsy-turvy game from the Baierl Ice Complex on Thursday night, the North Allegheny ice hockey team outlasted Upper St. Clair for a 9-6 victory. The Tigers broke a 6-6 tie in the third period with three unanswered goals to win their third in a row. Junior Erik Chidester scored two of the final three goals in a seven-point performance. Chidester totaled two goals and five assists for the black and gold.

North Allegheny built leads of 4-1 and 6-2 on the strength of a four-goal night from senior Joseph Zappia. Zappia’s third goal of the evening put the Tigers ahead 5-2 at the 7:50 mark of the second period. Robert Randig added a goal with 3:47 remaining in the period to push the NA lead to 6-2.

Rather than go away quietly, Upper St. Clair made plenty of noise and scored the next four goals to tie the game at 6-6 with 11:44 remaining in the third period. Zappia netted the go-ahead goal with 7:50 to play to put the Tigers in front to stay. Chidester tallied the final two markers of the night to close out the victory.

North Allegheny vaults to 7-4-1 overall and climbs into a third-place tie with Central Catholic in the Class AAA standings. Upper St. Clair slips to 3-8-2 overall. The Tigers visit Butler on Monday night with an 8:30 faceoff.