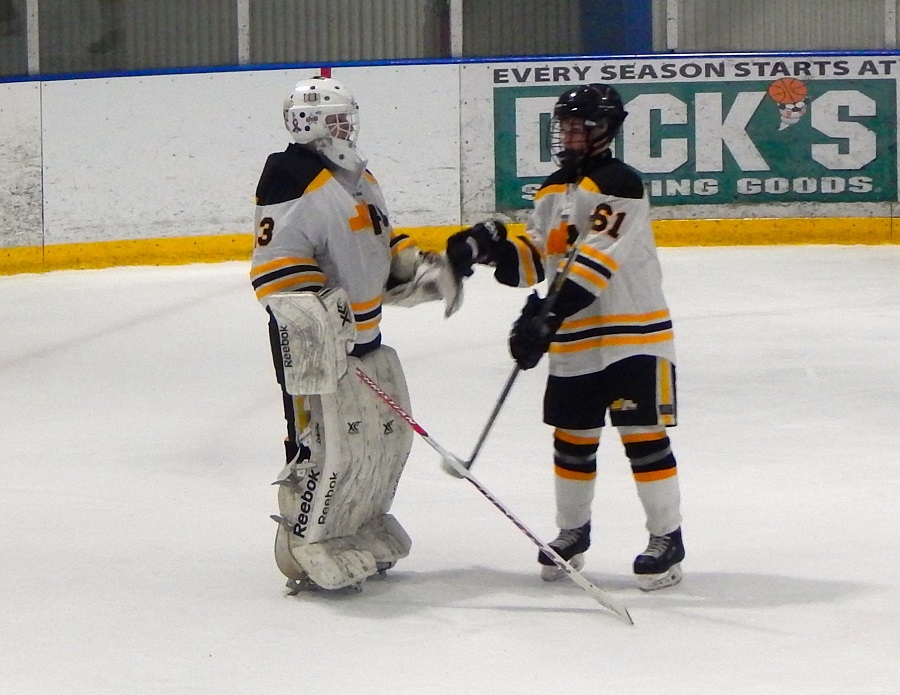 NA Wins Sixth Straight Ahead Of Showdown With Peters Twp

North Allegheny continued its second-half surge last night with an 8-2 victory over the Butler Golden Tornado. The win was the Tigers’ sixth in a row and pulls NA to within three points of first-place Peters Township in the Class AAA standings, setting up a showdown with the Indians next week at Southpointe.

For the second straight game, sophomore William Carr netted a hat trick for the Tigers. Carr’s first goal tied the game at 1-1 with 56 seconds remaining in the first period.

In the second period, John Parks struck just 32 seconds in and Erik Chidester made it 3-1, Tigers, with a goal at the 3:38 mark of the  period. Butler managed to trim the NA lead to 3-2 on a power play goal by Connor Scott midway through the second, but Carr and Steven Dietz tallied back-to-back markers to send the Tigers into intermission with a 5-2 advanatage.

The third period was dominated by North Allegheny as Carr, Dawson Richard and Jesse Zahn all scored to put Butler away in an 8-2 triumph. Tigers net minder Joseph Hubert made 20 saves, while Butler goalie Zachary Schnur stopped 18 of 26 shots.

North Allegheny improves to 10-4-1 overall, while Butler dips to 8-6-1. The Tigers visit Peters Township on Tuesday with a 7:00 pm opening faceoff.