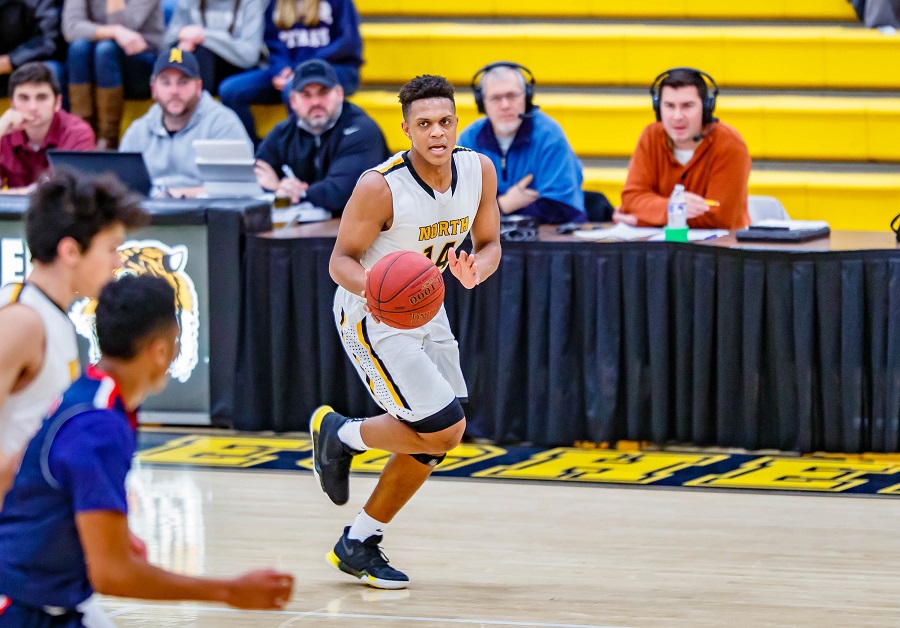 The Baldwin Highlanders snapped North Allegheny’s three-game winning streak with a 62-51 win on Saturday night at the Hoops For A Cure Classic. The Tigers led 15-13 after one quarter of play but Baldwin’s strong second and third quarter efforts helped the visiting Highlanders garner the win.

Senior Michael Goga spearheaded the win for the Highlanders with a double-double, posting 14 points and 14 rebounds. Thanks in large part to Goga, Baldwin outrebounded the Tigers, 32-22. Senior Nick Fiamura netted a team-high 16 points for Baldwin and senior guard Jeremy Jenkins chipped in with 13 points on 4 of 8 shooting from beyond the arc.

North Allegheny was led by senior Curtis Aiken who scored a game-high 22 points. Aiken poured in 5 of 11 shots from 3-point land.

With the non-section loss, North Allegheny slips to 5-8 on the season. Baldwin improves to 7-8 on the campaign. The Tigers return to Section 1-6A play with a home game against the Pine-Richland Rams. The game will be broadcast live via the internet on the North Allegheny Sports Network.