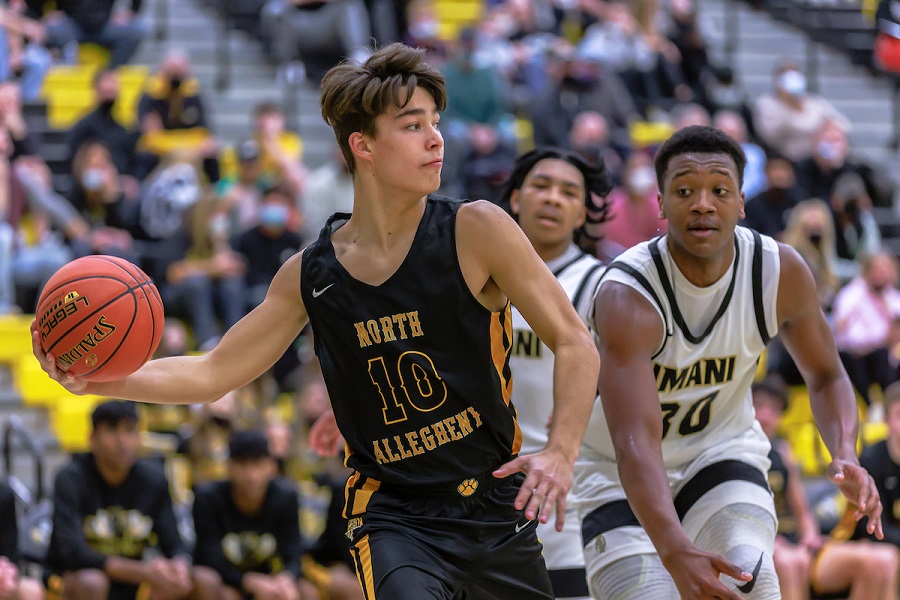 The North Allegheny boys’ basketball team dropped its first game of the season on Tuesday night with an 84-78 loss at Butler in a Section 1-6A contest.

The Tigers got off to a strong start with six 3-pointers in the first quarter and held a 20-18 lead after eight minutes of play. Seniors Robby Jones and Kolin Dinkins each buried a pair of treys during the first period surge.

Despite the fast start, Butler sharpshooters Madden Clement and Devin Carney began to heat up on their home floor with two 3-pointers each as the Golden Tornado grabbed 42-36 lead at the half.

In the second half, North Allegheny continued to fire in 3-pointers, including three from senior Anthony Howard in the fourth quarter, but couldn’t quite overcome Butler in an 84-78 defeat. The Golden Tornado converted on 19 of 22 attempts from the free-throw line to stave off the Tigers.

Butler was led by Braylon Littlejohn with 26 points, while Carney and Raine Gratzmiller added 24 and 15 points, respectively for the GT’s.

North Allegheny slips to 8-1 overall and 2-1 in Section 1-6A, while Butler improves to 7-2 overall and 2-2 in the section. The Tigers will host North Hills on Friday night in another section showdown. The game will be broadcast live via the internet on the North Allegheny Sports Network.