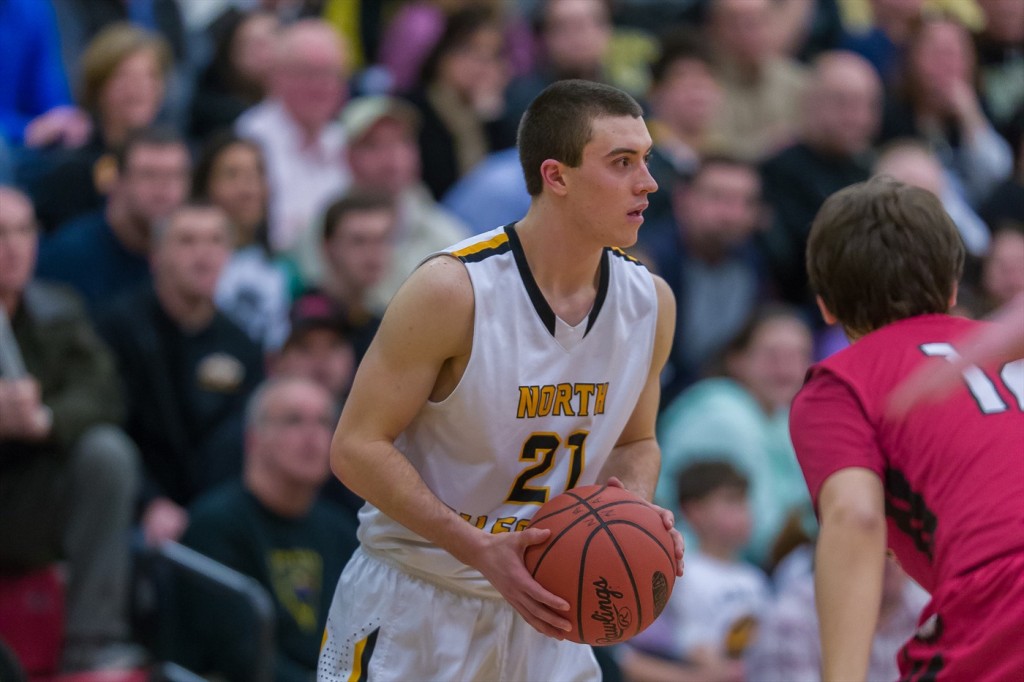 North Allegheny’s bid for the WPIAL post-season was dashed on Friday night with a 60-47 loss to the rival North Hills Indians on the road. The Tigers loss, paired with a Butler victory over Seneca Valley, eliminated NA from playoff contention on the final night of Section 3-AAAA play. It’s the first time since 2004 that the Tigers will not participate in the post-season tournament. For North Hills, the win gives the Indians a share of the section title for the first time in 33 years.

The Tigers seemed to come out with fire to start the game as junior Griffin Sestili blocked a shot and scored the opening layup for a 2-0 NA lead. However, the early two-point advantage was the first and only lead North Allegheny held in the game. North Hills senior Ishmael Waldron scored the game’s next seven points to give the Indians a 7-2 lead. Waldron finished the game with a double-double, securing 18 rebounds and scoring 11 points.

North Hills junior Nick Smith took over in the second quarter and helped the Indians to a 24-18 lead at intermission. Smith totaled a game-high 18 points and knocked down two 3-pointers in the third quarter to improve the Indians lead to 39-31 heading into the fourth. In the final stanza, Kamron Taylor, Andrew Paulauskas and Luke Chutko put the game away as all three ended the evening in double figures. Taylor scored 11 points, while Paulauskas and Chutko netted 10 points apiece and North Hills closed out a 60-47 win.

A bright spot for the Tigers was the play of junior forward Isaac Barnes who came through for his best game of the season. On defense, Barnes limited Waldron to just four points after he burst onto the scene for the game’s first seven points. Barnes also hauled in 13 rebounds and scored 15 points, including two 3-pointers, on his way to Wright Automotive Player of the Game honors. Senior Keegan Phillips also scored double digits for North Allegheny with 11 points and contributed 3 of 5 shooting from beyond the arc.

North Allegheny drops to 10-9 overall and 6-6 in Section 3-AAAA. North Hills improves to 12-7 overall and 9-3 in the section. The Tigers will try to bounce back in a home non-section game against Gateway tonight at 6:30 pm.