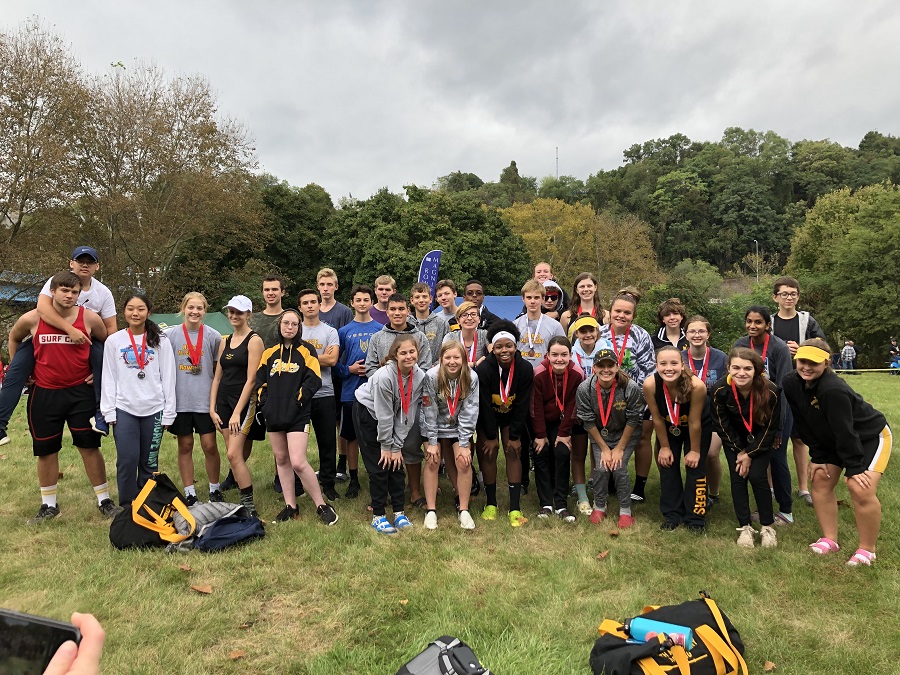 Over the course of these six events, the team entered 43 events, raced 75 times, and made it to the
leaderboard a total of 21 times. This includes two first place, ten second place, and nine third-place medals.
Season podium highlights for NARA included the Girls 4x comprised of Mirae Choe, Alexandra Junko, Brooke
Feldkircher and Ashley Zeman who medaled at every regatta this season and claimed the squads two season
gold medals. Additionally, the team claimed multiple medals in the girls 4x events at Haxton, Speakmon and
Head of the Cuyahoga with combinations including Haley Dubovecky, Anjana Suresh, Ally Harder,
EmmaJane Sprunk, and Rachel Lessure.

Special recognition is warranted for Max Bemis and Wyatt Skopov-Normane who made notable
advancements and consistently progressed up the rankings in the Boys’ 2x event throughout the season.
The novice girls’ 8+ and 4+ expanded their experience as well. At the Head of the Ohio, the girls went out in
the 8+ for their first race, placing an impressive second in a field of 18. Continuing on the success, the girls
placed third at the Speakmon Regatta Novice 4+ event with Addy Cooper as the coxswain, Aine Ridenour,
Tabo Mkandawire, Zena Lang, and Felicity Smith.

The roster for the 2019 Fall Season reached a total of 43, nearly double the Spring of 2019, and includes the
middle school Developmental Team who practices with the squad part-time, and which is an overall increase
from the previous spring season. The North Allegheny Rowing Association notes that attendance is a major
factor in the refinement of skills. During this season, Felicity Smith, Tristan Arteel, and Alexandra Junko held
100 percent attendance. Overall attendance this season was significantly more consistent than previous, with
may rowers earning a near-perfect record.

On Thursday, October 10, 2019, former crew member, Brianna Pitman was the first rower inducted into the
North Allegheny Athletic Hall of Fame. She also took the time to provide insight to the team on the college
recruiting process and detailed her rowing career. The crew had the opportunity to ask her numerous
questions and learn of what they should look to achieve in order to become future collegiate prospects.

The girl’s team captain, Haley Duboveky, noted that she would like to acknowledge the Development Team
from last year that rose to become this year’s novice class. They pushed themselves and stepped up to prove
they were competitors as well as team leaders. They achieved multiple goals and aided the new team
members in beginning their early rowing careers.

For the final practice, the crew celebrated Halloween with the Monster Mash Races. It was a very competitive
matchup between team “Safety Hazard” led by the boy’s team captain Alex Hladio and “Port is Better”
directed by girl’s team captain Haley Dubovecky. Races included a 1k, a 500-meter sprint, and the 10 stroke
drift. The overall winner was “Port is Better”; with a margin of 10 points.

The North Allegheny Rowing Association has made vast improvements throughout this season. A prime
example of which is the groups’ 29 new personal records set over two 6k testing dates. Even with these
achievements, the crew continues to push the limitations of their abilities. The winter training season starts
December 3, 2019 and will run until the start of the spring season. The crew’s first regatta back will be on April
18, 2020 at Dillon Lake Sprints.