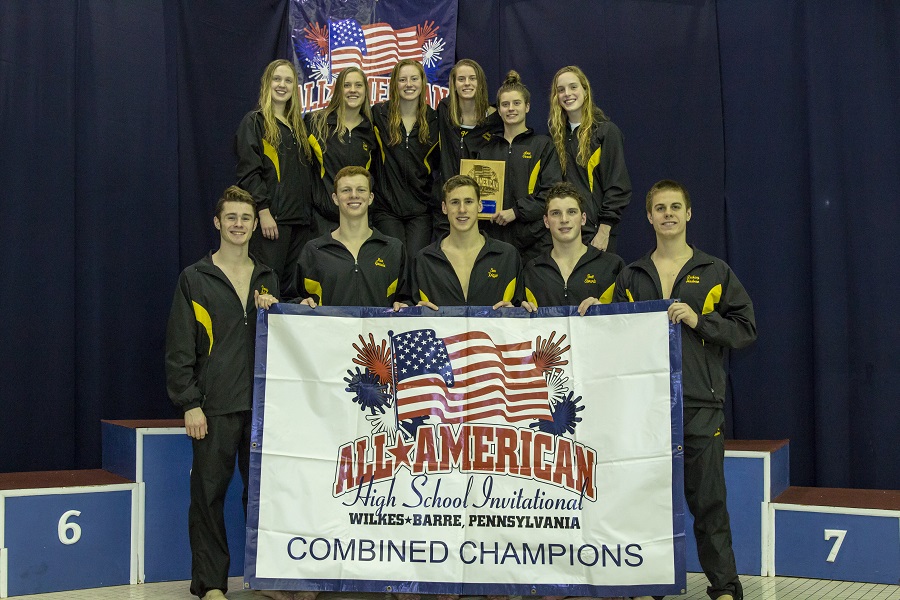 The North Allegheny Swim team travelled to Wilkes-Barre on January 13 – 14 for the six-team All American Invitational. Both the girls’ and boys’ teams captured first place.  The boys team scored 825.50 points and won every event except the 100 Breast in their victory.  The next closest competitor was Hempfield with 453 points.  The girls scored 732 points and Radnor, with 455 points, placed second.

North Allegheny is home Tuesday, January 17, with a Section 2 meet against Hampton.