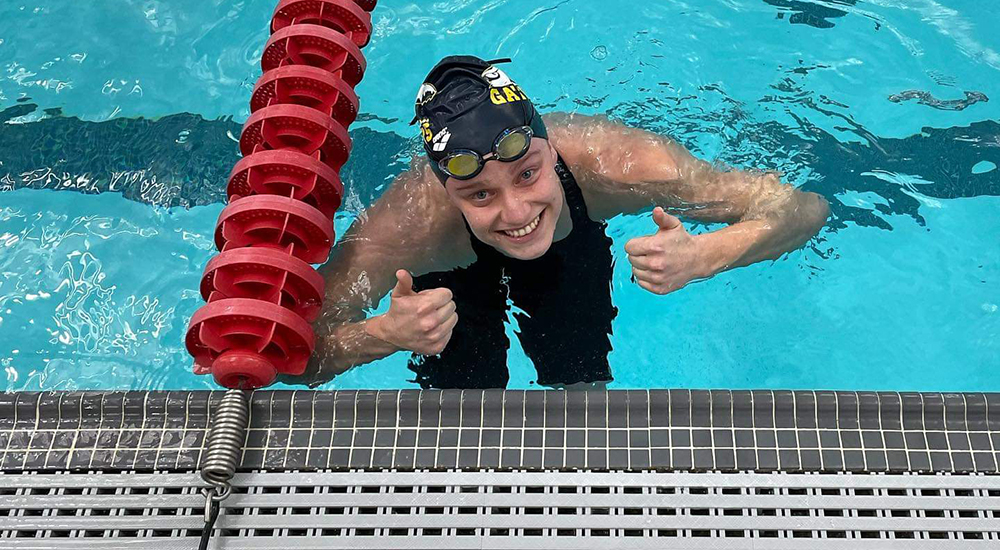 On Friday, during the 50-freestyle time trial, Kraus found her way into the Allegheny record books as her time in the trial of 24.07 broke the school record in the event.  The previous fastest time of 24.10 was set twice, once in 1990 by Cynthia Kangos and again in 2009 by Ashley Whitehead.

On Saturday, Kraus qualified for the A-Finals of the 100 freestyle. In the finals, Kraus touched the wall at 51.94 to take seventh. That time broke the previous Allegheny record of 52.13 set in 1990 by Cynthia Kangos.