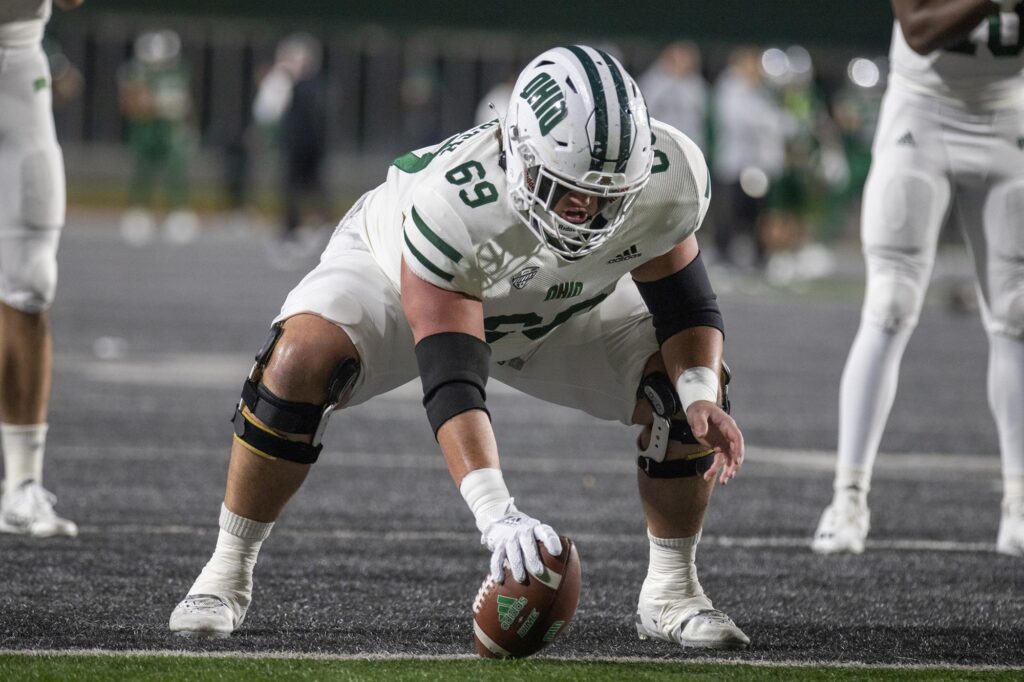 Former North Allegheny lineman, Parker Titsworth, and the Ohio University Bobcats celebrated a thrilling overtime win in the Barstool Sports Arizona Bowl on Dec. 30. Titsworth is a redshirt junior and starting center for the Bobcats, who defeated Wyoming in the bowl game, 30-27, finishing the season with a 10-4 record. It’s the first 10-win season for Ohio University since 2011 and fourth in program history.

The victory in the Barstool Sports Arizona Bowl caps an outstanding season for Titsworth on the field and in the classroom. Not only the team’s starting center, Titsworth also earned 2022 Academic All-Mid American Conference honors. He was also one of just seven Bobcats named to 2022 Academic All-District Football Team, selected by College Sports Communicators, recognizing the nations top student-athletes for their combined performances on the field and in the classroom.

Titsworth graduated from North Allegheny in 2019 and was named second-team All-Big 56 conference as a senior, helping the Tigers to a 10-1 record and 8-0 mark as conference champs.

One of the greatest moments of Ohio Football history 😭💚🐾 pic.twitter.com/iGLGPXpdEO