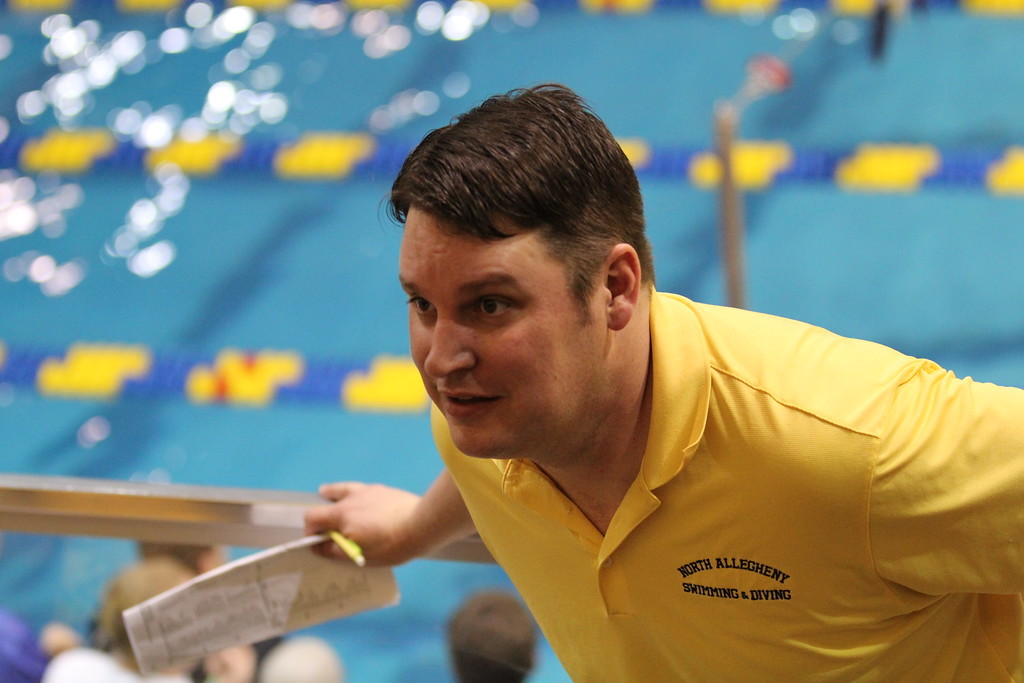 North Allegheny swimming coach Patrick Wenzel has been named the 2015 Class AAA Boys and Girls Coach of the Year by the Pennsylvania High School Swim Coaches Association. The award will be presented at the PHSSCA Clinic on Friday, May 1 during the Annual meeting at noon.

Taking over for long-time head coach Corky Semler, Wenzel continued the Tigers winning tradition by leading the NA swim teams to a gold medal sweep of the WPIAL Championships last month. It was the seventh straight WPIAL crown for the Lady Tigers and the ninth title in the last 10 years for the NA Boys.

Not done there, the Lady Tigers won silver at the PIAA Swimming Championships at Bucknell. The NA Boys claimed a bronze medal at states. Congratulations to coach Patrick Wenzel on being named Coach of the Year.