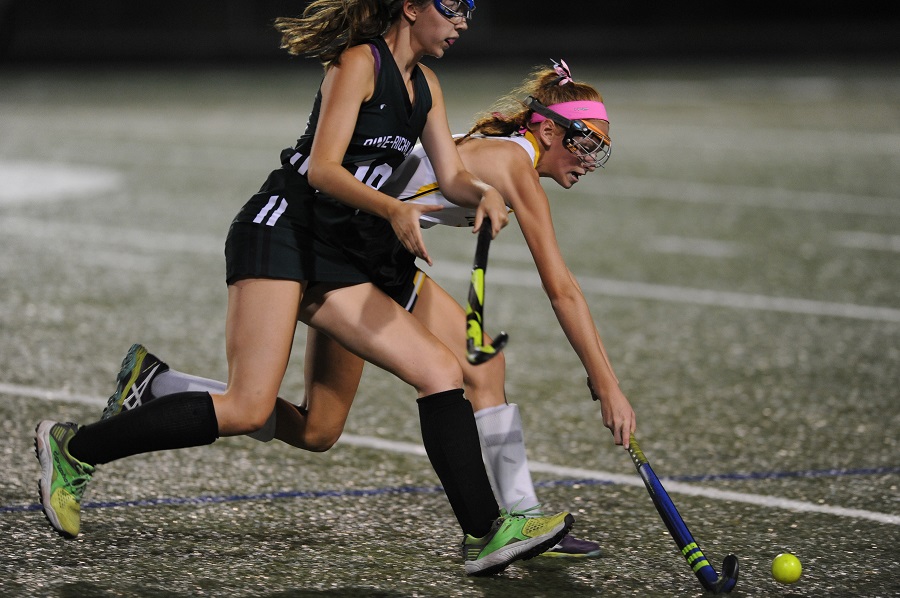 A battle for first place in Section 1-AAA took place at Newman Stadium on Tuesday night and North Allegheny came up on the short end of a 2-0 defeat to the Pine Richland Rams.

Neither team could muster much offense through the first ten minutes as both teams were strong defensively.  Pine Richland scored first on a shot from the top of the circle from Sarah Metzmaier.  The Tigers responded and applied pressure for the next ten minutes, getting strong play from Angie Genter, Gracie Limauro and Laura Schwendeman.  North Allegheny had three penalty corners, however, were unable to capitalize and trailed 1-0 at the half.

In the second half, goalie Emma Jorgensen made key saves to keep the game close.  She stopped 10 of 12 shots on the night.  The Tigers just missed on scoring chances in the second half as the ball was not bouncing their way.  Hailey Wachowiak missed from close range, as did Olivia Scherrer and Bridget Russell.  The Tigers had ten penalty corners on the night but could not convert.

Pine Richland would end the scoring with seven minutes left when Vivian Cavanaugh deflected a shot in from Sarah Metzmaier.  The Wright Automotive player of the game went to Angie Genter for her strong play on the night.

The Tigers drop to 6-3 overall and 4-1 in section play.  North Allegheny will be back in action on Friday when they will travel to Peters Township.