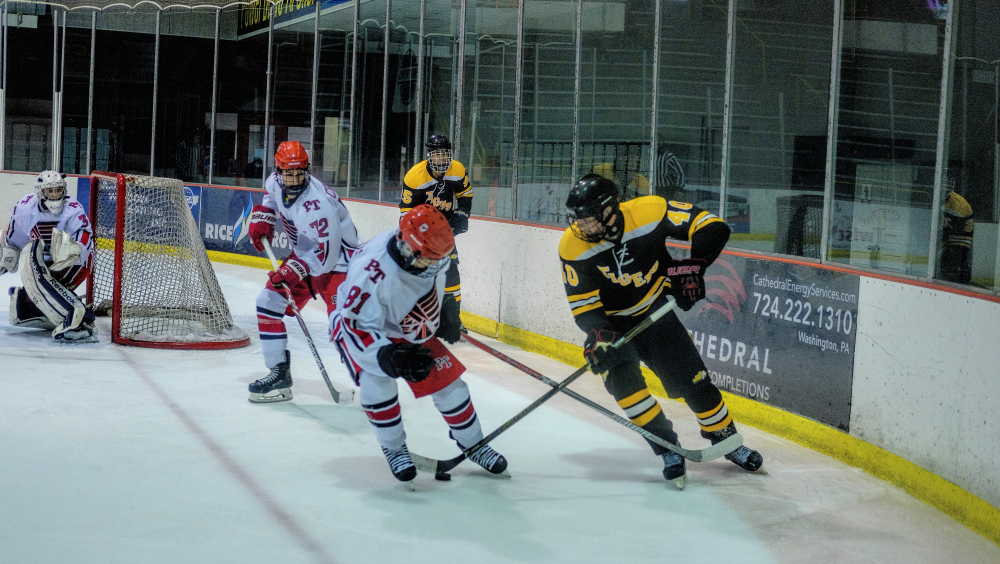 North Allegheny’s third-period rally fell just short as the Pine-Richland Rams staved off the Tigers on Monday night, 3-2. The Rams had only 13 shots all night but the Rams capitalized on their limited opportunities to take a 3-0 lead into the third period. Nick Lindauer, Nicholas Hawkins and Kyle Whittingham all netted goals for the Rams.

The Tigers began to build momentum early in the third period with a goal by senior Dawson Richard, assisted by Erik Chidester and Bernardo Vieira, at the 2:44 mark of the period. Senior John Parks added a power play goal with 7:25 left in the game to cut the score to 3-2, Rams. North Allegheny’s furious rally came up just one goal shy of forcing overtime, however, and Pine-Richland hung on for the upset.

North Allegheny remains in second place in the Class AAA standings with a record of 10-4-1. Pine-Richland improves to 6-8-1 on the season. The Tigers return to the ice on Monday, January 23 against the Peters Township Indians.